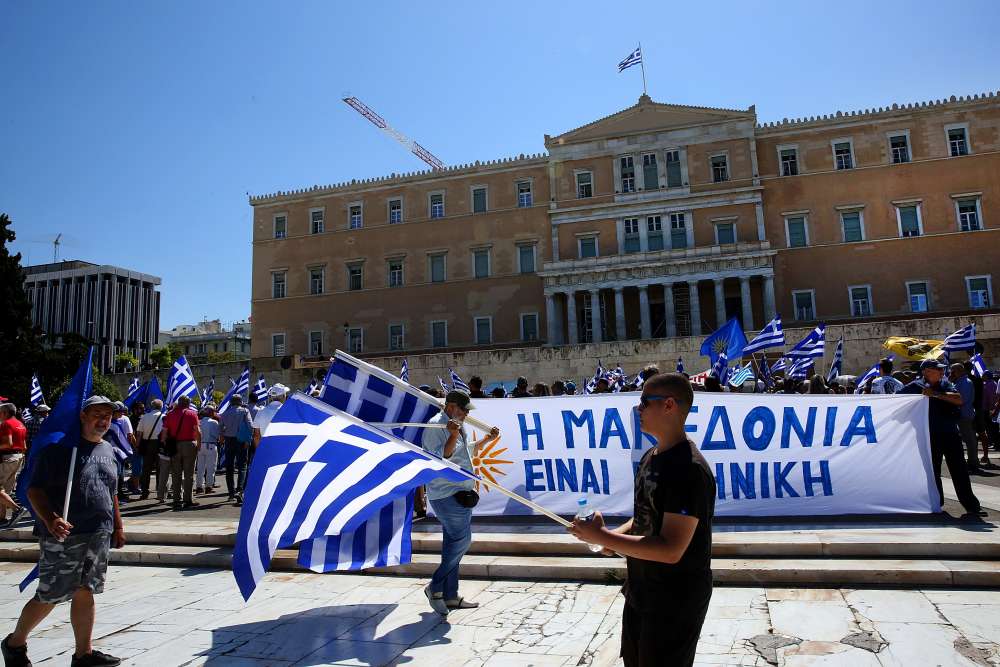 Greece and the Former Yugoslav Republic of Macedonia will sign an accord on Sunday to change the name of the former Yugoslav republic, the Greek government’s press ministry said on Friday as the governments of both countries faced mounting opposition at home over the deal.

The accord would be signed in the Prespes region, a lake district which borders Greece, FYROM and Albania by the two countries’ foreign ministers, the ministry said in a statement to media.

It gave no more precise location or time for the signing.

Greek Prime Minister Alexis Tsipras and his counterpart Zoran Zaev, who will also be in attendance, have agreed the country will officially be called the “Republic of Northern Macedonia”. It is currently known formally at the United Nations under the interim name “Former Yugoslav Republic of Macedonia”.

The deal has triggered fierce opposition in both countries. The Macedonian president has vowed to block the accord, and in Greece, opposition has mounted a no-confidence vote against Tsipras in parliament.

Athens has long objected to its northern neighbour’s use of the name ‘Macedonia’, saying it implies territorial claims on a northern Greek province of that name and amounts to appropriation of Greece‘s ancient cultural heritage.

The accord requires ratification by national parliaments and must pass a referendum in the Former Yugoslav Republic of Macedonia.