Greece extends its coastal zone to 12 miles in the Ionian 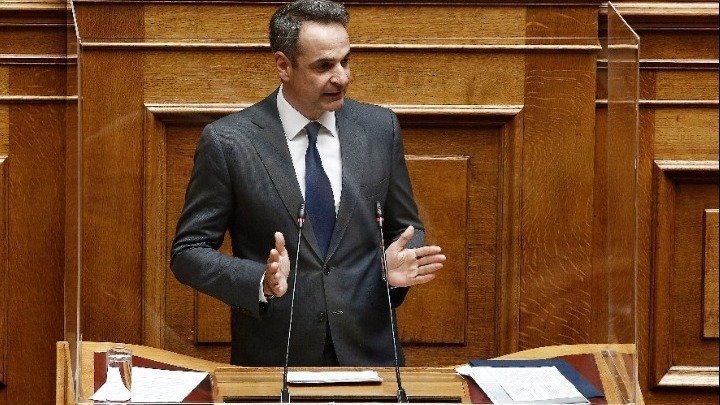 Referring to the largest rescue operation carried out in recent months in the Aegean and the rescue of almost 100 people, the Prime Minister stressed that “it is another strong proof that our action at sea is not only national but also humanitarian.”

At the same time, he said that this is the best answer to those who insist on spreading fake news about the alleged indifference of Greece to people who are in danger at sea.

Mitsotakis stressed that this is “a meeting of special importance”, as the Greek Parliament is called to “ratify two emblematic agreements with Italy and Egypt”.

The relevant texts also include explicit regulations for our wider national interests, “they therefore have a major historical and political weight”, he said.

He advises that care is taken in what is said in parliament because what is said could be used as evidence to undermine the country’s national strategy.

He stressed that the two agreements were signed a few weeks apart, resolving long pending issues with neighbouring countries.

He stressed that they were based on international law and are impeding illegal actions in the region, “making our seas a new reality of peace and security”.

He pointed out that above all with these agreements Greece returns to a role that not only deserves but must also justify every day.

“(Greece takes on) The role of guarantor of the eastern borders but also of the interests of Europe in the Mediterranean.

The role of ambassador of international law, the role of a stable arm of dialogue and cooperation on this very troubled side of the map.

It is precisely this role that is increasingly recognised internationally”, he added.

With a bill that will be submitted directly to Parliament “Greece extends its territorial waters to the west from 6 to 12 miles”.

“Greece is growing. Others have said so. But we are the ones who put it into practice. We thus proceed to a sea area, specifically, that of the Ionian and Ionian islands up to Cape Tainaro in the Peloponnese in the exercise of our undisputed sovereign right, in accordance with Article 3 of the Convention on the Law of the Sea”, he stressed.