Greece-Egypt maritime accord registered with UN 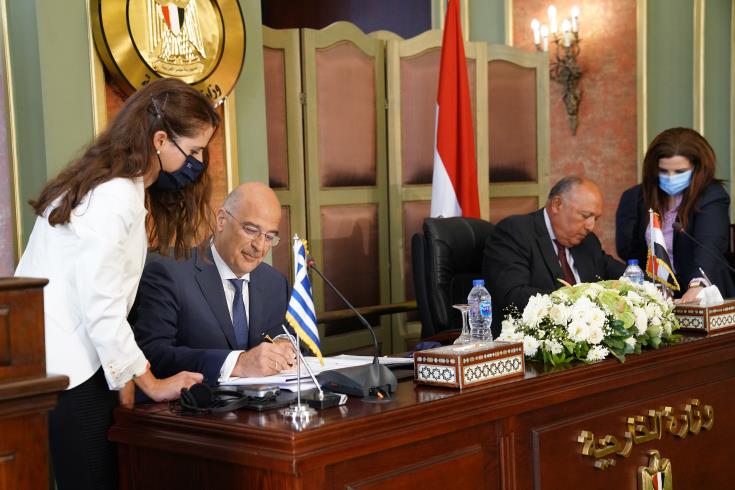 The agreement between Greece and Egypt for the partial demarcation of maritime boundaries on Thursday was registered with the United Nation’s Division for Ocean Affairs and the Law of the Sea by the organisation’s Office of Legal Affairs.

As Greek diplomatic sources said, the importance of this action lies in the speed with which it happened and in the fact that the President of the UN General Assembly is Volkan Bozkir, a Turkish national.

The same sources said that registering the deal with the UN, in combination with the delayed listing of an accord signed between Turkey and the internationally recognized government of Libya in November 2019, is the result of the efforts of Greek Foreign Minister, Nikos Dendias, who is in regular contact with the UN Secretary-General, Antonio Guterres.

Cairo and Athens signed on August 6 a deal to set their maritime boundaries and demarcate in part their exclusive economic zones (EEZ).

Athens protested the Turkey-Lybia accord signed earlier, in 2019.

By Annie Charalambous
Previous articleMonths after Beirut blast, victims await answers
Next articleCYPRA: Whoever has any proof to give to Investigative Committee