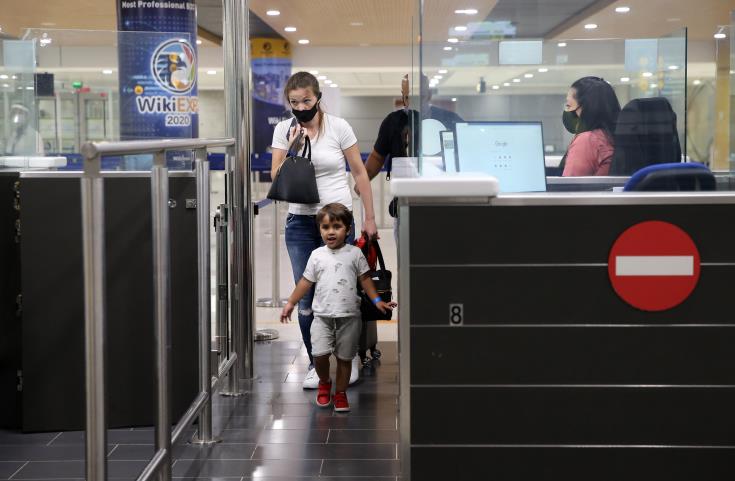 As from Thursday, Greece will be included in category B of countries whose travellers need to provide negative coronavirus tests upon arrival to Cyprus.

The downgrade from category A was essential after several people who arrived from Greek destinations tested positive to coronavirus, the Health Ministry announced late on Sunday.

The negative coronavirus test certificate should not be older than 72 hours.

On Monday, it was officially announced that people who are already in Greece and will return after Thursday will not have to pay for the coronavirus tests they need to take upon their arrival.

This followed strong reaction by people who have already travelled to Greece.

The Health Ministry had already made clear that random tests at airports on passengers arriving from Greece will also increase between Monday and Thursday.

Both countries kept a lid on a first wave of infections by imposing blanket lockdowns from mid-March to May, but rates have been creeping up after a lull from late May to late July.

On Saturday Greece reported its highest single-day spike in weeks, of 110 new cases, while Cyprus reported 25 new cases on Friday, the first time it has been in double digits in weeks.

Cyprus has a three-tier risk system in grouping countries where travel is either unrestricted, allowed with a PCR test, or permitted with a PCR test and compulsory 14 day quarantine. Greece has now moved to the ‘B’ category from the ‘A’ category. The list is regularly updated.