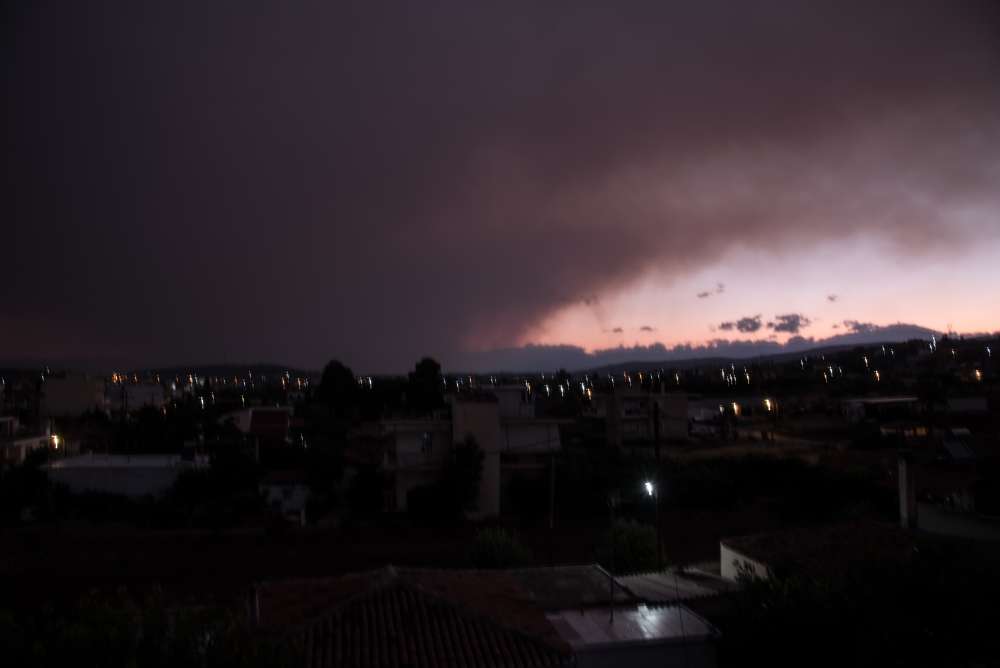 A large wildfire fanned by strong winds destroyed tracts of forest on the Greek island of Evia, firefighters said on Tuesday, as authorities prepared to evacuate two villages potentially in the path of the flames.

More than 120 firemen, aided by helicopters and other aircraft, battled the blaze on Evia, the country’s second-largest island, where a monastery had already been evacuated. It generated thick smoke that blanketed the capital Athens some 110 kilometres (70 miles) away.

No fatalities had been reported, and the winds were expected to subside in the evening, a fire brigade official said.

Greece often faces wildfires during its dry summer months, and authorities have warned of the high risk of blazes this week.

Last year a wildfire killed 100 people in the seaside town of Mati near Athens, and in 2007 devastating fires killed 65, scorched thousands of hectares of forest and farmland and threatened archaeological sites.

By In Cyprus
Previous articleUpdated: Pachna fire under control, man remanded in custody
Next articleSmall monastery of the Resurrection of the Saviour near Vouni unscathed by fire