Greece and Cyprus will make efforts for sanctions against Turkey, Greek MoD says 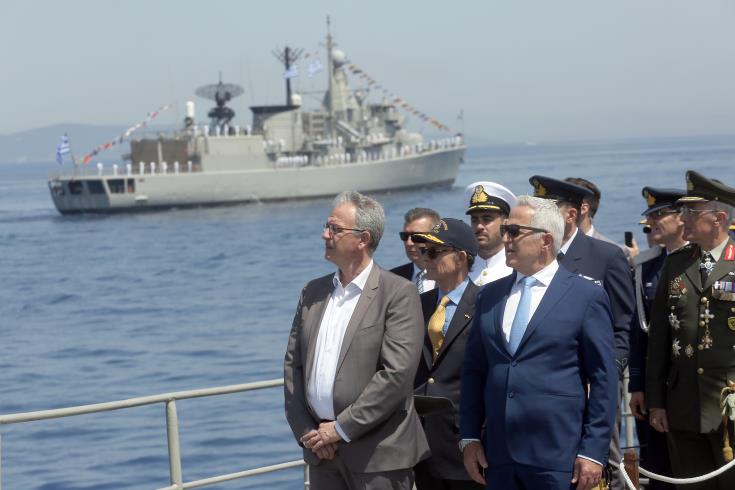 Apostolakis noted that if Turkey continues to display a provocative stance, Greece and Cyprus will make joint efforts for the implementation of sanctions against Turkey, in the context of the forthcoming EU Summit.

“It is not easy, but we will make this effort to convince Europe to adopt this direction”, the Greek Minister of National Defence said.

In an interview with the Greek TV channel “ANT1”, Apostolakis also highlighted the importance of the international support expressed by the European Union and the USA towards the Republic of Cyprus, which was the result of Greece’s and Cyprus’ coordinated action, as he said.

Last month Turkey issued a navigational telex, announcing its intention to start drilling off Cyprus until September 3. Drillship “Fatih” is located almost 40 nautical miles west of the Akamas peninsula and 83 nautical miles from the Turkish coast. The area falls within the EEZ and continental shelf of the Republic of Cyprus.