Government to step up measures to protect Akamas 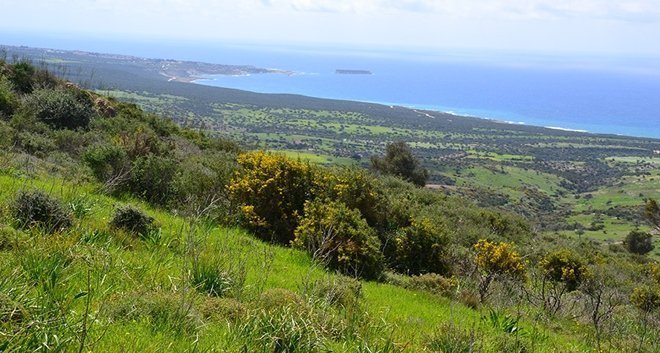 The government will step up measures to protect the Akamas, Agriculture Minister Costas Kadis told the House Environment Committee including increased surveillance to avert arson after a spate of fires.

The government aims, he said, to make the national park fully operational before the end of 2022.

Referring to arson in Akamas, the Minister said that the last fire torched 110.5 hectares of both state forest and private land. He added that intensified measures to prevent and identify culprits are being studied, with many other agencies, ministries and NGOs.

The area is covered by the modern equipment. satellite surveillance, cameras, increased surveillance by the Department of Forests and patrols by volunteers. The Minister added that the ministry  attached importance to post-fire regeneration of the burned area, leaving nature to work and intervening only where necessary.

He added that the Department of Forests is committed to effectively tackle fires and especially those set deliberately. Stating that the fires are common in Akamas, he expressed confidence that increased measures and technical means will help to identify those behind  forest fires in the area.

Answering a question by deputy George Perdikis regarding the road leading from the Baths of Aphrodite to the Fountain of Amorosa, Kadis noted that the Attorney General had in his letter stated that it is a forest road.

At the same time, in response to a request by residents of the village Inia for an organised beach at Lara, the Minister made explained that this beach cannot be developed as a tourist destination, pointing out that it is a natural habitat of global importance. He added that alternative ways of supporting the community have been proposed.

Kadis said that the plans aiming to protect the natural habitats and birds have begun to be implemented. As examples, he cited the turtle protection programme, the establishment of a bird ringing station, restoration and protection of natural habitats, producing a film about the area and blocking access to the beach.

He also said the interior ministry’s work on the Akamas local project is ongoing and will be completed by the end of 2020. Moreover, a large number of projects with a total cost of €22 million are underway.

The Minister said that whatever policies and actions will be chosen, they should incorporate collaboration of communities and residents of the areas where they are implemented, otherwise they are doomed to fail.

The chairman of the Environment Committee Adamos Adamou added that doubts and worries remain after the meeting, as there is a disagreement as regards the definition of development and environmental protection. The golden mean must be found especially regarding private properties and the fact that the rural communities are shrinking and need immediate, comprehensive projects.

Diko MP Charalambos Pitokopitis said that residents and the environment should coexist.

Greens MP Perdikis said the state has failed to protect Akamas’ forest wealth and that the state was responsible for the destruction of the  natural habitat.

The proposals have no legal power

The spokesperson for the Federation of Environmental Organisations, Myroula Hadjichristoforou called a decree declaring Akamas a Special Conservation Area as well as nature protection and management decrees in the Natura 2000 area.

The spokesperson of Terra Cypria said that a prerequisite before any work begins is the demolition of illegal  constructions and the termination of illegal interventions.

A spokesman for BirdLife Cyprus argued that despite the announcements, there was no tangible management measure for the Akamas.

Christos Theodorou, the head of the movement “Friends of Akamas” said the Akama sSustainable Development Plan was not assessed under a strategic environmental impact study.

On behalf of the Ecological Movement, Giorgos Eliades called unacceptable the fact that the illegalities in the Akamas have not been removed adding that the management plans of the Natura 2000 sites have no legal force.

By In Cyprus
Previous articleThe Night of the Ad Eaters
Next articleLimassol: 22 year old in critical condition after being hit by car