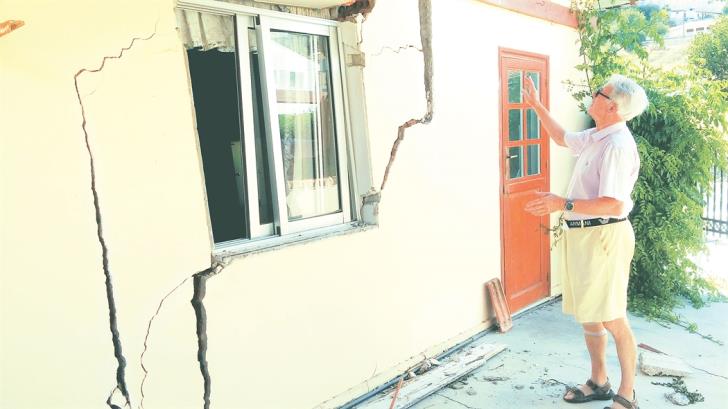 The government will compensate Pissouri homeowners whose houses have been affected by land slippage, an Interior Ministry representative told the House Internal Affairs Committee on Monday.

These pictures are why we are going to Parliament today. Will we get the support and help we need so badly? pic.twitter.com/3QyX2gHNyI

The amount of the compensation will be decided after an investigation.

Also, a study will be conducted in order to find ways to resolve the problem, the Interior Ministry representative said.

Currently, four families have had to leave their homes, without receiving compensation, as insurers in Cyprus do not cover landslides and it is the government which is responsible for paying compensation for damage from natural disasters.

Pissouri residents have been raising the problem since 2012, when a land slippage first appeared in the village.

Since then, many houses have sustained enormous damage. Georgia-Elina Zoi, lawyer of the Pissouri Housing Initiative Group (PHIG) cited the example of one house which has moved a full metre from its place.

The matter recently caught the attention of the BBC which featured a programme on it, in its “Inside Out South” show.

See how this is moving? See the difference? The pool now clears two steps! Wonder where it will be in 6 months time? pic.twitter.com/OykTJNGWVa