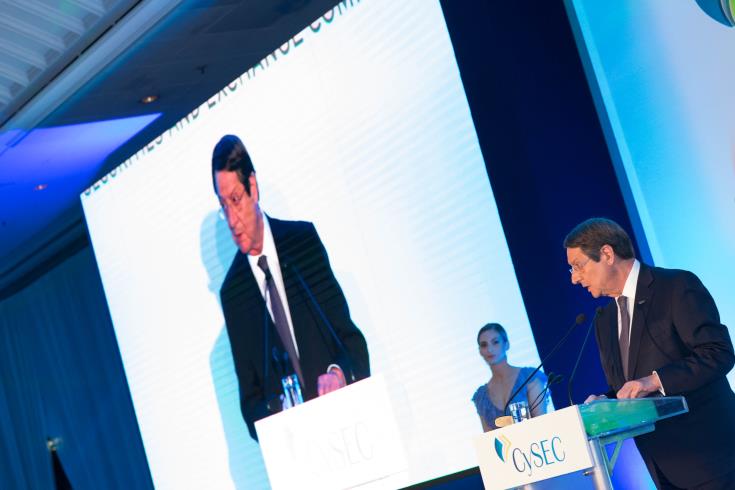 The government will remain focused on maintaining macroeconomic stability, strengthening the sector of financial services and the already competitive ecosystem for business and investment, Nicos Anastasiades, President of the Republic, has said addressing a dinner organised by the Cyprus Securities and Exchange Commission.

In his address, President Anastasiades referred to Cyprus’ comparative advantages as an investment destination, noting that the Cypriot economy expanded with 4% last year, one of Europe’s highest growth rate.

Noting that 2019 will mark the fifth consecutive year of growth, Anastasiades added that Cyprus maintains a balanced budget while unemployed declined to 7.5% after culminating at 16% in the years following the financial crisis.

The President referred to the reforms implemented and promoted by the government, giving special emphasis in the fields of the public service, health, e-government and justice.

Assuring that the government will provide every assistance deemed necessary to new businesses and business initiatives, Anastasiades praised the work made by Cysec and its President Demetra Kalogerou in securing high level of investor protection and achieving a steady growth.

By In Cyprus
Previous articleU.S. judge halts Trump policy of returning asylum seekers to Mexico
Next articleMissing persons issue a humanitarian not political one, Photiou says