Government relocation scheme to Turkish-held villages: The problems and the numbers 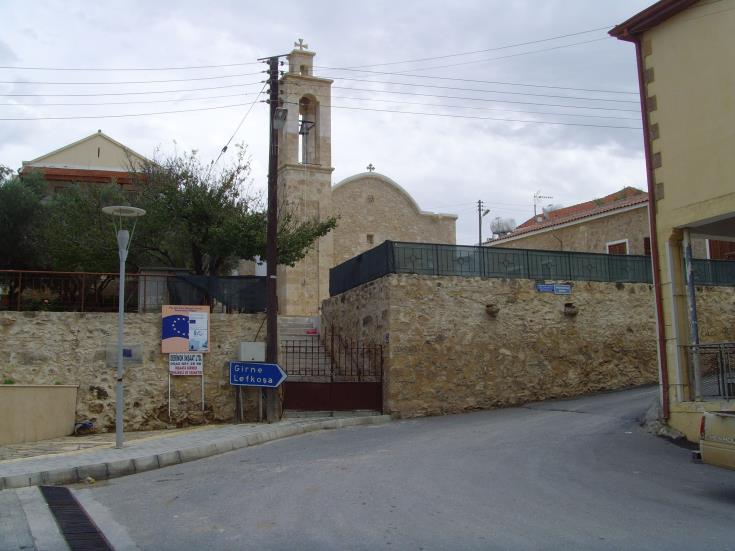 The occupying Turkish regime has hardened its stance with the issuing of “residence permits” to enclaved Greek-Cypriots living in the Turkish-occupied North moving to their villages through the recognised Republic of Cyprus’ Relocation Scheme, Phileleftheros reports.

Around 50 Greek-Cypriots have relocated to their occupied villages in the Karpas peninsula since the scheme was put into force last year by the government of the Republic of Cyprus, and have since been inconvenienced by the occupying Turkish forces by being made to apply for a “residence permit” every month.

According to information obtained by Phileleftheros, the occupying forces have justified the move as a measure taken for all “third-country citizens” (as they classified Greek-Cypriots), including Turkish nationals, and not just for Greek-Cypriots moving back to their villages.

The Labour Ministry announced in September of last year that the government will provide financial aid to young Greek Cypriot couples and members of the Maronite community up to the age of 45 wishing to move to their Turkish-occupied villages.

Beneficiaries must be married or have entered a civil partnership and intend to reside permanently with their family in their Turkish-occupied village for most days of the week. They must not be guaranteed minimum income recipients or receive other public aid.

The amount of aid will be decided in accordance with each family’s plans regarding building, repairing or maintaining their home, as long as beneficiaries receive no other aid for the same purpose, it is noted.

Moreover, they are entitled to a one-off financial assistance of up to €2,000 to cover appliances or other necessary items, after completing six months of residence.

Speaking of housing assistance beneficiaries yesterday, Chairwoman of the House Standing Committee on Refugees Skevi Koukouma raised the issue of delays with some payments to enclaved persons via the scheme to Fotis Fotiou, Presidential Commissioner for Humanitarian Issues and Overseas Cypriots, adding that in one instance housing conditions are “miserable”.

Fotiou reminded that the second tranche of the assistance is paid six months after an enclaved person or their family relocates, but does not appear to have directly addressed the issue of payment delays.

The increased number of Maronites opting for relocation has been attributed to the close proximity of the Maronite villages to the government-controlled areas of the Republic of Cyprus where Maronite families moved after the 1974 Turkish invasion.

Phileleftheros estimates that Maronite enclaves’ relocation via the scheme will augur well given that the homes that were occupied by the Turkish military have been vacated and are expected to be returned to their Maronite owners.

Cyprus has been divided since 1974 when Turkish troops invaded and occupied 37% of its territory. In July of that year, the Greek Cypriot population in the areas occupied by the Turkish army was 162,000. At the end of the second phase of the Turkish invasion in August 1974, 142,000 Cypriots were expelled or forced to flee. The majority of the 20,000 Cypriots who remained, mostly in the Karpas peninsula, were gradually forced to abandon the area. The number of Greek Cypriots living in this area today has diminished to only 338 Greek Cypriots and 105 Maronites, and are officially considered enclaved.