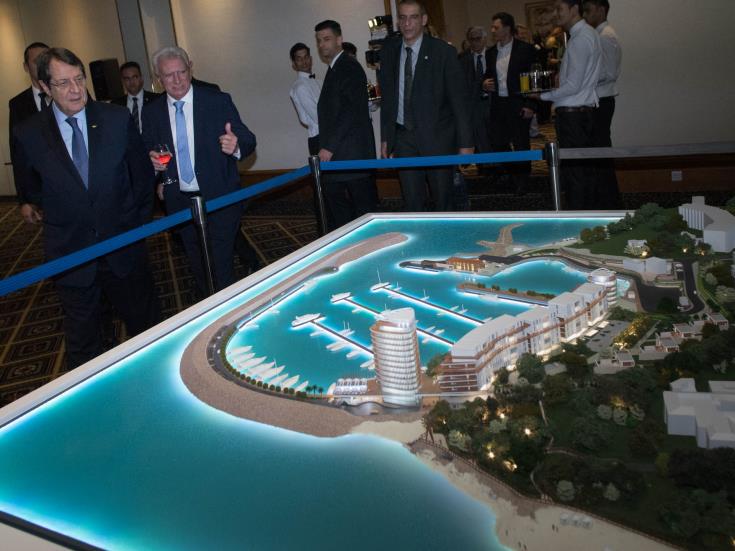 Cyprus President Nicos Anastasiades expressed on Tuesday evening the government’s satisfaction over the progress achieved so far in the Paralimni marina project, in the sea-side resort of Protaras.

He was addressing an event in Nicosia during which the project was presented. The marina is set to have 300 spots for docking, with all the necessary support services. It will also have a selection of shops, cafeterias, bars and restaurants, 123 apartments, 4 villas, a seaside parc and pathways leading to Protaras beaches.

President Anastasiades said that that the government’s contribution to the project confirms that the government believes that showcasing the advantages of every district is a priority and “has shown in practical terms its interest for the development policy of local authorities.”

An official entry point of the Republic of Cyprus, the Marina’s cost will reach €110 million, the total sum of which has come from Cypriot investors, he said.

This, Anastasiades added, is evidence of how much Cypriot businesses believe in and support our country’s growth prospects.

By In Cyprus
Previous articleDivided and riven by crisis, Britain searches for Brexit ‘plan B’
Next articleReport on UNFICYP circulated as official document with minor changes