Government not considering increased restrictions despite spike in infections 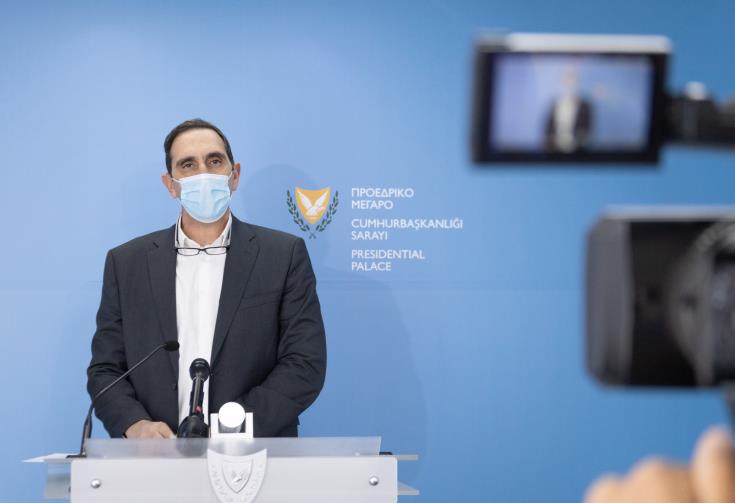 The government has no intention to increase restrictions despite the spike in daily covid-19 infections and instead will proceed with targeted actions to make sure that social interaction will take place safely, outgoing Minister of Health Constantinos Ioannou has said.

Furthermore, as younger persons are hesitant to receive vaccination, Ioannou said the government is considering providing incentives to encourage persons to use the EMA-licensed vaccines, adding that a Ministerial Committee has been established and will convene tomorrow to assess various suggestions while the final decisions are to be taken by the Council of Ministers.

“An evaluation is taking place with a view to finding a framework and an incentives plan. The incentives package will be assessed on its entirety,” Ioannou said during a press conference for the stock taking for his term as the helm of the Ministry of Health.

In this context, he added, the government is considering reinstating the SafePass (a certificate for vaccination, or a Covid PCR/rapid test negative test, or a certificate that a persons contracted and recovered from Covid) for outdoor congested areas or areas with increased risk such as bars, clubs, marriage receptions, graduation parties etc.

Ioannou explained that contact tracing encountered problems in such areas, adding that apparently no safety measures are observed in such areas.

“There many reasons behind this, pandemic fatigue and other reasons,” he said, noting the authorities is constantly calling on the people to comply with personal safety measures.

“Justified or not this is not happening and it would be utopic after 16 months pandemic awareness to expect that people or a very small portion of the population who did not comply with the measures will do so in just one day,” he added.

Furthermore, Ioannou characterised the implementation of Cyprus General National Health Scheme (GeSY) as the greatest achievement of the Cypriot society.

He also said that following the outbreak of the Covid pandemic, a sprint took place to make sure that the newly-established GeSY would cope with the challenges facing Cyprus.

Ioannou also referred to the efforts to improve and modernise public hospitals.

“We can proudly speak of the success of the society as a whole to implement a modern health scheme with the person at its centre, of universal coverage, equal handling and solidarity,” he said, recalling that “this reform was not faced by all as a social achievement and GeSY was born after decades-old never-ending discussions and in a climate of doubt.”

“We’ve witnessed intense moments and I would not be honest if I didn’t say that until the last moment, its implementation seemed line a steep uphill for all of us in the Ministry of Health and the Health Insurance Organisation,” Ioannou added, recalling that participation to GeSY allayed the medical community’s concerns over GeSy.