Government comments on Çavuşoğlu’s remarks and the Prespes agreement 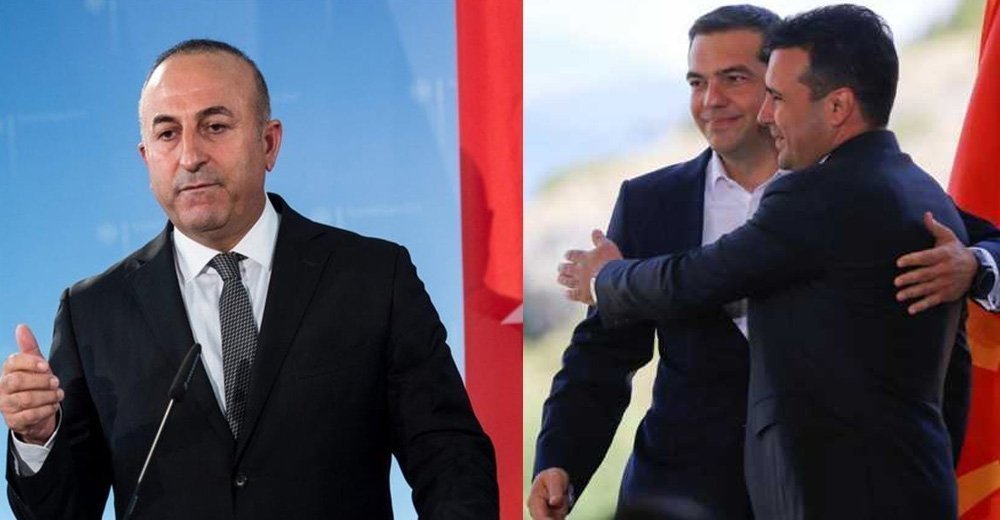 He reiterated an appeal by Cyprus President Nicos Anastasiades, who yesterday called on the Turkish side to clearly state its position with regard to a Cyprus solution.

The Turkish Foreign Minister met yesterday with Akinci, during an illegal visit to the northern, Turkish-occupied part of Cyprus. In statements later to the press, Akinci claimed that President Anastasiades told Çavuşoğlu in Crans Montana that a two-state solution needs to be on the agenda. Çavuşoğlu claimed from his part that the Greek Cypriot side is not ready to share power and that during a meeting in New York, last September, President Anastasiades discussed with him other options.

President Anastasiades replied on Friday that the Turkish side should name what it wants with regard to a Cyprus settlement and be judged. “They should leave the communication antics aside and, if they really want to, they should submit their positions in writing or repeat what they demand,” the President said, noting that then “everyone can decide if this is a solution that can lead us to a viable and functional state.” Replying to claims made by the Turkish Cypriot leader, President Anastasiades said “Akinci’s memory seems to be failing him.”

Speaking to CNA, Prodromou said on Saturday that “I want to remind them that we are in the middle of an initiative by UN Secretary-General, with the dispatch of his envoy Jane Holl Lute, for the resumption of settlement talks.”

Currently, he went on, “we expect the next meeting with Lute and within this framework yesterday’s statements by the Turkish side make no sense.”

“As the President of the Republic said yesterday, it would be good for the Turkish Cypriot side and Turkey to clearly state their views regarding the negotiations” he added.

Prodromou said finally that the President of Cyprus explicitly and unequivocally stated many times, both publicly and during his meeting with Lute, that the Greek Cypriot side is orienting itself towards the resumption of settlement talks, within the framework of UN parameters and not towards any other direction, which the Turkish side likes to bring back.

Prespes agreement a big step for normalcy in the Balkans, says Nicosia

The Prespes agreement is a big step towards normalizing neighborly relations in the Balkans, says Nicosia.

Speaking to CNA, Government Spokesman Prodromos Prodromou said that a historic agreement has been concluded, after the decision adopted by the Greek Parliament on Friday.

“The agreement the Hellenic Republic reached, is a big step towards normalizing neighborly relations in the Balkans” he added.

Prodromou said finally that “as the international community also deems, this historic agreement contributes to stability and cooperation.”

The Greek Parliament ratified on Friday the Prespes agreement with 153 votes in favor, ending thus a decades-long name dispute with its neighboring country to the north, now renamed as North Macedonia.