Goal is to offer more e-services to citizens and businesses 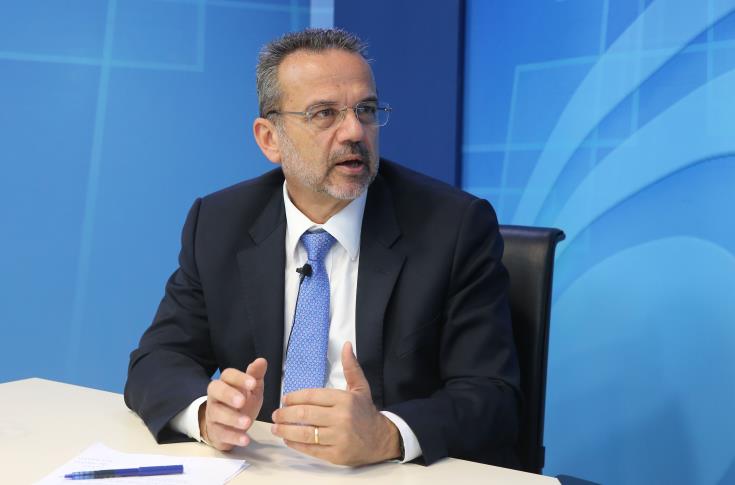 Deputy Minister for Research, Innovation and Digital Policy Kyriacos Kokkinos has told CNA that the newly established Deputy Ministry will be focusing on preparations in order to offer more services electronically to citizens and businesses.

Kokkinos, who was replying to CNA questions on the digital reform agenda said that that the Deputy Ministry has had to make adjustments to the action plan and the strategy which was in place when it was established in the beginning of March due to the imperative needs imposed by the crisis management and even the post-coronavirus era.

“What we have started to do is to see how by making small steps horizontally in all Ministries, all departments we can automate services and offer services to citizens and the business community,” he noted.

These steps were part of a longer-term planning which was set to be implemented within two or even three years.

“But priorities have now changed because we need to deliver immediately part of this planning, to bring it forward, so that we can offer citizens services,” he said, adding that now it is a question of completing some actions within two to five months.

He gives the example of Citizen Service Centers, pointing out that the goal would be instead of having 1,000 people per day visiting them, to offer services electronically and reduce that number to 100 to 200 visits in person per day.

He also refers to government departments such as the Companies Registrar, the Town Planning and Housing Department and the Land Registry which many businesses are required to visit, pointing out that the Deputy Ministry will look into whether procedures can be completed electronically to the extent that his is possible.

The Deputy Minister expresses his conviction that this can be achieved, adding that there are some criteria that need to be met.

“We have started to put down in writing which things should or could be digitilised so that citizens and the business community can be offered services electronically,” he said.

A necessary prerequisite according to Kokkinos is the electronic signature, which has been moved forward and is expected to be implemented quicker than initial plans which had projected for its implementation in January 2021.

At the same time, he noted that in many cases the digitization of procedures will also mean the need of simplification, that is to say of completing procedures in less steps than before.

“This is our priority right now,” he said.

Asked whether Cyprus will now see things achieved that were missing for some time now due to the coronavirus he said that “the crisis, although terrible, has made us review our thinking and take steps which we should had possibly started or even completed earlier,” adding that “in any case it has now become imperative to do them.”

He further expressed his satisfaction with the cooperation he has both with the Deputy Ministry’s staff and other Ministries. “I have had a very good response from government staff, both from my colleagues and other Ministries, that what we are trying to do is both feasible and desirable,” he said, adding that “they have both the know-how and the enthusiasm to do it.”

Asked about the cost, he said he is not at all concerned about it. The cost of not having those services, he adds, would be much higher.

He clarified at the same time that large projects which cost millions and have been ongoing for some time in terms of planning such as the hospitals and courts digitization will continue according to plan.

What will be done more immediately is the automation of a number of services offered to citizens the cost of which will be much less, he added.

To that effect, he gave the example of a recent procedure of submission of applications for subsidies offered by the Ministry of Labour, Welfare and Social Insurance, pointing out that within two weeks a system was up and running through which people submitted their applications electronically, which were then evaluated and payments were made to the beneficiaries.

“Cooperation with the Ministry of Labour was impeccable and we implemented the system in a record time,” Kokkinos added.

He also said that this system will be improved upon so that the next application procedure will run even more productively.

Replying to a comment that his talking about procedures which should be implemented in a short timeframe he said that the “major steps should be completed within the next three to six months.”

Kokkinos further noted that during meetings on Tuesday at the Presidential Palace with all social actors they all said that e-government should be a top priority.

By In Cyprus
Previous articleCyprus has lowest rate of overcrowded homes in EU
Next articleRecovered, almost: China’s early patients unable to shed coronavirus