‘Go on a holiday and not return’: Cruise passengers shaken by New Zealand tragedy 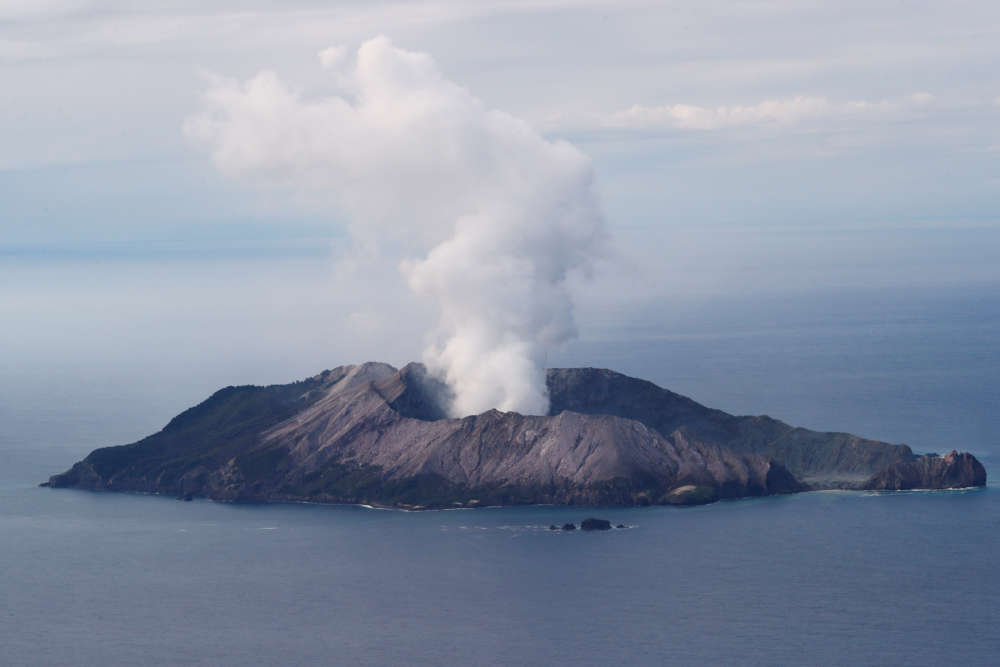 Tourists from the cruise ship that was near the volcanic island in New Zealand when it erupted arrived in Wellington on Thursday, many traumatised by the deaths of co-passengers and others recalling their brush with tragedy.

Royal Caribbean’s 16-deck cruise liner, Ovation of the Seas, was docked at Tauranga port on the Bay of Plenty, about 100 km (60 miles) from the volcanic White Island when it erupted suddenly on Monday.

Many tourists from the cruise had booked tours to see the volcano and were on the uninhabited island when it started spewing steam and gas, with ash plumes shooting 12,000 feet (3,658 m) into the air.

At least eight people were killed and over two dozen have serious burns. Another eight people are missing and presumed dead, buried under the ash on the island.

It was not clear how many of them were from Ovation of the Seas. Australian John Bartley, one of the passengers, said he was told by staff on the cruise that two crew members and one passenger died in the eruption, while about 23 were injured.

Calls and emails to Royal Caribbean were not immediately returned. It said previously that passengers from its cruise were on the island at the time and it grieved “this tragic loss”, but gave no further details.

“The mood was pretty sad,” said Bartley, 52, a native of Sydney who was on the cruise with his family.

“We feel so bad for these people. You don’t expect to go on a holiday and not return. We are very adventurous too and we would have definitely gone on that volcano tour. But we had a friend with kids so we decided not to,” he said.

He and other passengers were in Wellington on Thursday where the cruise ship docked after being stranded in Tauranga for two days. They were brought to the downtown area where many visited restaurants, shopped or just sat around in the park enjoying a sunny morning.

Many declined comment, saying the experience was too traumatic.

“A family just 10 rooms past us are still in the hospital,” said Jim Karamanov from Adelaide, Australia, who was on the tour with his wife Suzanne.

“We saw some police officers come around to pick up their things from the room. It was quite devastating,” he said.

He said after the news of the tragedy, many passengers just spent their time huddled in rooms or on the deck checking the news on their phones.

“It’s put a dampener on everything. You feel ill,” said his wife, Suzanne.

The 12-day cruises that leave from Sydney visit New Zealand’s famed sounds, or fjords, lakes and volcanoes, according to Royal Caribbean’s web site. The ship has over 2,000 staterooms and can carry nearly 5,000 passengers and 1,500 crew.

Some passengers questioned who was to blame for the incident, and said they were unaware of the risks of going on the volcano tour.

“A whole lot of things went wrong that day,” said Scott, an Australian national, who did not want to give his full name. He was on the cruise with his friend Dave and said he had thought of taking the volcano tour but backed out.

“No one knew there was a threat on the island. Local authorities should have taken responsibility of informing tourists,” he said.

The government has launched an inquiry into the incident.

“Everything will change about tourism in New Zealand after this. I think, even insurance will not cover these volcano tours anymore. The risks seem so high,” he said.

Ovation of the Seas said in a statement to Reuters earlier this week that it was working with local authorities, and providing all the help and care it can to the guests and their families, including offering medical resources and counselling.