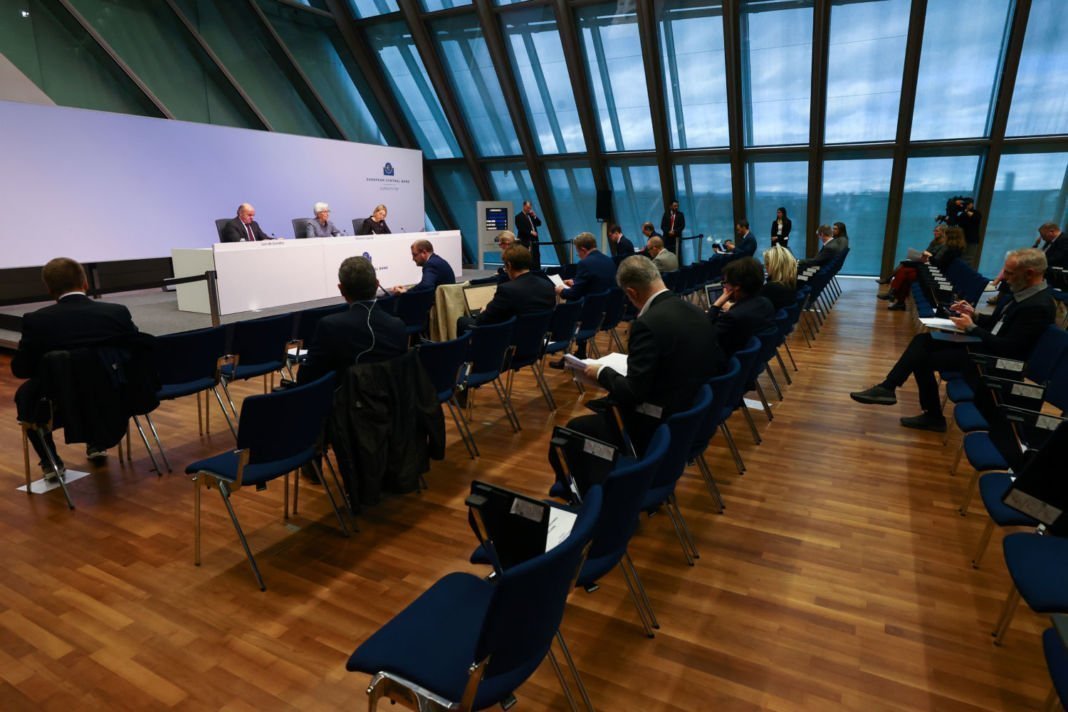 Governments and central banks around the world have unleashed unprecedented amounts of fiscal and monetary stimulus and other support over the past month for national economies reeling from the coronavirus pandemic.

Following is a summary of the main policy steps so far.

FISCAL STIMULUS (FEDERAL) – Congress to pass a $2 trillion stimulus package on March 25 including a $500 billion fund to help hard-hit industries with loans and a comparable amount for direct payments of up to $3,000 to millions of U.S. families.

MONETARY STIMULUS – The European Central Bank on March 12 added 120 billion euros to its existing asset-purchase programme of 20 billion a month, more quantitative easing (QE). On March 19, the ECB added another 750 billion euros in QE, taking the total to about 1.1 trillion euros this year, and added Greece to the portfolio of bonds it would purchase.

LIQUIDITY OPERATIONS AND FUNDING – The ECB cut the interest rate on its Targeted Long-Term Refinancing Operations (TLTROs), cheap loans to banks by 25 basis points to -0.75% on March 12. It provided additional LTROs to bridge bank funding through to June and relaxed capital rules.

FISCAL/OTHER: Suspension of limits on EU government borrowing; considering allowing a precautionary credit line worth 2% of national GDP from the ESM bailout fund.

FISCAL STIMULUS – Emergency decree worth 25 billion euros on March 16 which suspends loan and mortgage repayments for companies and families and increases funds to help firms pay workers temporarily laid off.

FISCAL STIMULUS – A 200 billion-euro package announced on March 17; half of the economic assistance measures are state-backed credit guarantees for companies and the rest include loans and aid for vulnerable people.

MONETARY STIMULUS – The Bank of England cut interest rates by a total of 65 basis points in two emergency meetings on March 11 (50 bps) and March 19 (15 bps); taking Bank Rate to a record low of 0.10%; announces 200 billion pounds of bond purchases.

LIQUIDITY OPERATIONS AND FUNDING – The BoE also introduced a new programme for cheap credit and reduced a capital buffer to help banks lend. A BoE corporate financing facility will buy commercial paper with a maturity of up to 12 months from businesses that had an investment-grade credit rating or similar pre-crisis.

FISCAL STIMULUS – A 30 billion-pound stimulus plan on March 11; 330 billion pounds in loan guarantees to businesses ; offered to pay 80% of wage bills if staff put on leave up to a maximum of 2,500 pounds ($2,930) a month each – if firms kept them on. Businesses also allowed to temporarily hold on to 30 billion pounds ($35 billion) of value-added tax (VAT).

MONETARY POLICY – The Bank of Japan eased monetary policy by ramping up purchases of exchange-traded funds (ETFs) and other risky assets, including corporate bonds. The central bank also decided to create a new loan program to extend one-year, zero-rate loans to financial institutions.

FISCAL POLICY – The government announced 430.8 billion yen ($4.1 billion) of extra spending, much aimed at supporting affected small and medium-sized businesses. The government will also fund upgrades to medical facilities, and subsidise working parents forced to go on leave because of closed schools.

No fiscal stimulus plans have been announced, but something is expected in April, which may include cash payouts. They could be worth more than 30 trillion yen ($270 billion).

MONETARY STIMULUS – The Reserve Bank of Australia cut rates by a total of 50 basis points in two decisions (25 bps at the March 3 meeting and another 25 bps at a March 19 emergency meeting), taking the cash rate to 0.25%; introduces first use of quantitative easing, setting a target of around 0.25% for bond yields.

LIQUIDITY OPERATIONS AND FUNDING – A$90 billion ($53.3 billion) funding facility to banks at fixed rate of 0.25%; A$15 billion purchase program of residential mortgage-backed and other asset-backed securities; A$715 million support program for airlines.

FISCAL STIMULUS – A$66.1 billion in assistance for companies and additional welfare payments; A$17.6 billion package in subsidies for apprentices, small businesses, pensioners and others.

MONETARY STIMULUS – People’s Bank of China cut its one-year Loan Prime Rate, first introduced in August, by 10 basis points to 4.05% on Feb 20, following various liquidity injections and other mild policy easing. The PBOC cut the cash banks must hold as reserves for the second time this year on March 13, releasing 550 billion yuan ($79 billion).

FISCAL STIMULUS – China is set to unleash trillions of yuan of fiscal stimulus. The ramped-up spending will aim to spur infrastructure investment, backed by as much as 2.8 trillion yuan ($394 billion) of local government special bonds, according to sources on March 19. The national budget deficit ratio could rise to record levels, sources added.