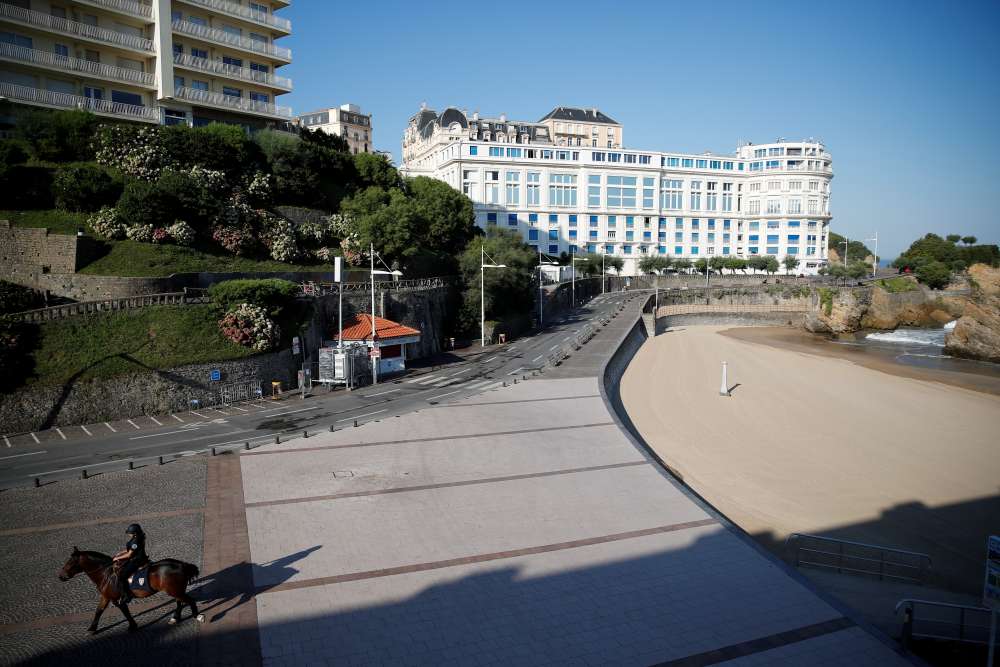 Leaders of the G7 nations began arriving in France on Saturday for a summit as a U.S.-China row over protectionism highlighted President Emmanuel Macron’s tough task in delivering real results on trade, Iran and climate change.

The three-day meeting in the Atlantic seaside resort of Biarritz takes place amid sharp differences over a clutch of global issues that risk further dividing a group of countries already struggling to speak with one voice.

Summit host Macron wants the leaders of Britain, Canada, Germany, Italy, Japan and the United States to focus on the defence of democracy, gender equality, education and climate change, and has invited leaders from Asia, Africa and Latin America to join them for a global push on these issues.

But with the trade war between China and the United States worsening, European governments struggling to defuse tensions between Washington and Tehran and global condemnation growing over illegal fires in the Amazon, his agenda could be eclipsed.

Macron was exploring holding a joint news conference with Trump at the summit’s close, a French diplomatic source said, but has already decided that, to avoid another failure, there will be no final communique.

“French President Emmanuel Macron… bills the meeting as a chance to relaunch multilateralism, promote democracy and tame globalization to ensure it works for everyone,” Stewart Patrick of the Council on Foreign Relations think tank wrote.

Trump’s fireworks at the Charlevoix summit in Canada last year prompted foreign policy analysts to dub the Group of Seven nations the G6+1.

U.S. officials said Trump would tout his policies of tax cuts and deregulation and press allies to follow his example to stave off problems with the global economy.

Hours before leaving for Biarritz, Trump reacted angrily to China’s move to impose retaliatory tariffs on more U.S. goods, even saying he was ordering U.S. companies to look at ways to close their operations in China. The president cannot legally compel U.S. firms to abandon China immediately.

Trump also took aim at France’s new tax on big tech companies, threatening to tax French wine “like they’ve never seen before”. His remarks cast doubts over Macron’s chances to secure agreement at the summit on a universal digital tax.

China’s President Xi Jinping is not among the Asian leaders invited to the Biarritz summit.

Adding to the unpredictable dynamic between the G7 leaders are the new realities facing Brexit-bound Britain: dwindling influence in Europe and growing dependency on the United States.

Even so, diplomats played down the likelihood of Trump and Johnson joining hands against the rest, citing Britain’s close foreign policy alignment with Europe on issues from Iran and trade to climate change.

Johnson said ahead of the summit that Britain would not retreat from its responsibilities on the world stage after Brexit, nor sacrifice its belief in the global order.

The remarks were a riposte to those who say leaving the European Union will diminish Britain’s influence on the global stage and force a pivot towards Trump’s unorthodox and often confrontational approach to diplomacy.

Anti-G7 demonstrators are due to protest in Hendaye on the nearby French-Spanish border but will be kept away from Biarritz by more than 13,000 police officers, backed by soldiers.

Macron said Bolsonaro had lied in playing down concerns about climate change at a G20 summit in Japan in June, and threatened to veto a trade pact between the European Union and the Mercosur bloc of South American countries.

A French diplomatic source said advisers to the G7 leaders were working on concrete initiatives to respond to the fires.

“Our house is burning. Literally. The Amazon rain forest — the lungs which produce 20 percent of our planet’s oxygen – is on fire,” Macron tweeted in the run-up to the summit.

By In Cyprus
Previous articleN.Korea’s launches more short-range missiles, clouding prospects for talks
Next articleNicosia Mall deal: How it will work