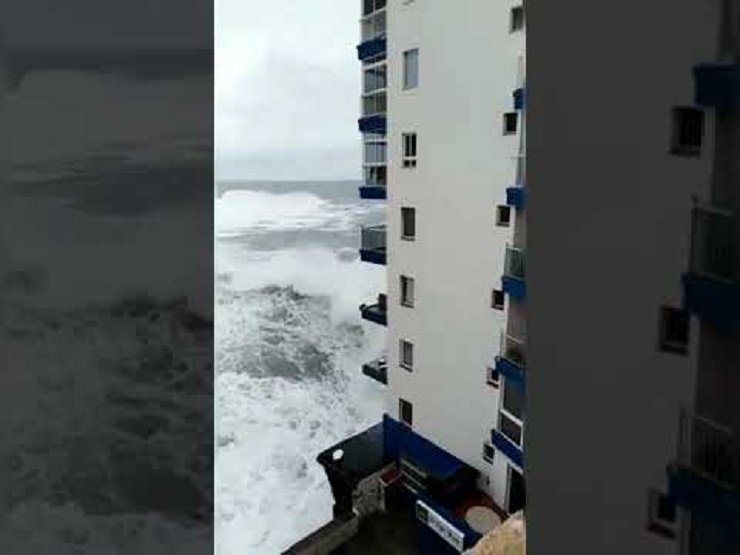 Enormous waves have been battering buildings on the north coast of Tenerife, the largest of the Canary Islands, Sky News reports.

According to Sky, 39 people were evacuated from their homes but nobody was injured.

Footage uploaded to social media by Nelson Acosta shows huge waves crashing into the side of a high-rise building, brushing away the railings from concrete balconies.

The sea has also battered the southern coast of the island according to Huffpost Spain, where the windows of a hotel restaurant were reportedly broken while several people were eating.

One Twitter user said they were aware of the danger of taking the photographs, but said the truth was they found the images of the waves breaking “spectacular and beautiful.”

According to the Spanish meteorological agency, an orange-level alert about waves in the Canary Islands has been downgraded to yellow, which is expected to stand until Monday morning.

Waves up to six metres high have reportedly caused a considerable amount of damage, although this has not yet been officially assessed.