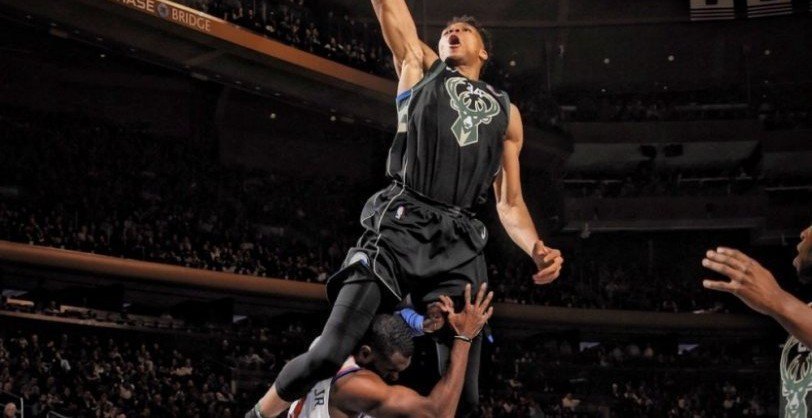 Maybe you didn’t know it when you saw it live, but when you saw the replay you knew you’d seen something special. That was the case with Giannis Antetokounmpo’s dunk in the third quarter of a Feb. 6 game against the New York Knicks. As Antetokounmpo went up to throw down a lob from Khris Middleton, he literally jumped over 6-foot-6 Knicks guard Tim Hardaway Jr.
The dunk immediately went viral and on Monday night was announced as the NBA’s Dunk of the Year according to a fan vote.

“Khris was going, I knew he was going to throw me the lob,” Antetokounmpo said following that Feb. 6 game, a 103-89 Milwaukee win at Madison Square Garden. “It was a bad pass by Khris, but I was able to get up and go get the ball. I did not see Tim Hardaway under me. I just went up there and just went hard and tried to get the ball and dunk the ball.”