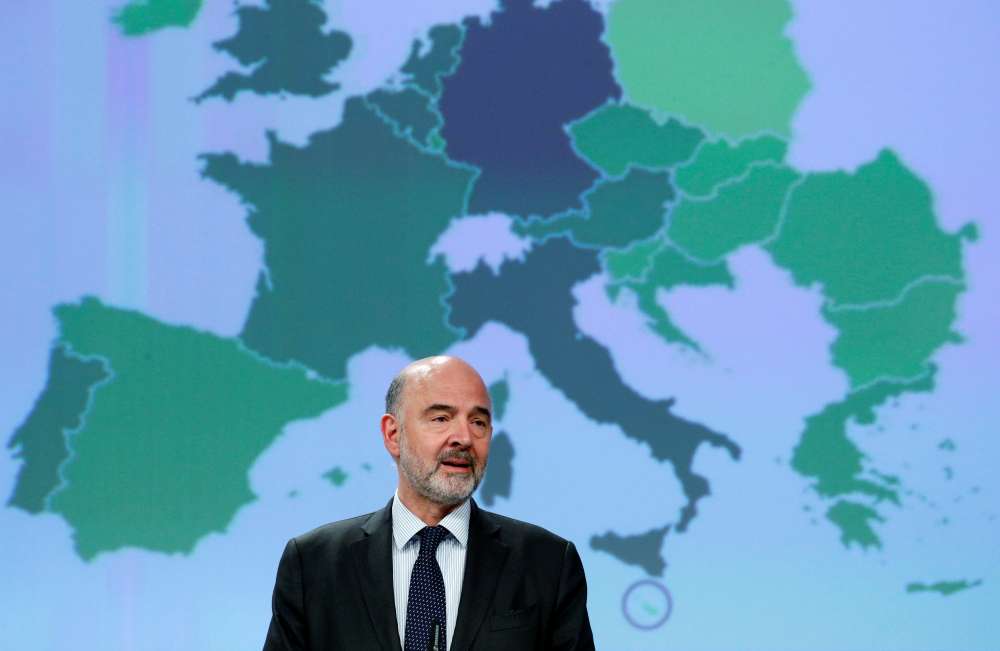 The European Union’s industrial heartlands, its urban regions and Germany are the biggest beneficiaries of the bloc’s single market, according to a study that highlights the economic and social inequalities plaguing the bloc.

The single market seeks to guarantee free movement of goods, capital, services and labour across the 28-nation EU.

A report by the Bertelsmann Foundation found that Germany, Europe’s largest economy, benefited most in absolute terms from the single market, earning an extra 86 billion euros ($96 billion) a year because of it.

It found that each German was on average 1,046 euros richer as a result of single market membership, while on average EU citizens were only 840 euros richer.

“Not everyone profits equally from the single market, but everyone does gain,” said Aart De Geus, president of the Germany-based foundation.

The inequalities highlighted in the report are shaping EU politics ahead of this month’s European Parliament elections, in which some have called for a continent-wide minimum wage, while Italy, wrestling with low growth, has demanded the right to break European fiscal rules to finance tax cuts.

Wealthy, advanced economies near the EU’s economic core such as Austria and the Netherlands are also far richer as a result of being members, the report showed, while poorer southern and eastern European countries benefit far less.

“For countries like the Netherlands or Austria, the internal market is gold, since they have competitive sectors but are reliant on exports because they have small domestic markets,” said Dominic Ponattu, one of the study’s authors.

Introduced in 1992, the EU’s single market aimed to sweep away all tariffs or regulations that hinder trade between member states, giving Europe’s companies a giant home market that could rival that of the United States or Japan in size.

But since the 2007 financial crisis, while Germany has seen continued strong growth, some countries, especially in southern Europe, have struggled with low growth and high unemployment, and this has fuelled support for parties of the far left and right. Economic and social inequality also contributed to Britain’s decision in 2016 to vote to leave the EU.

Many economists and some politicians in southern Europe argue that the wealthier north has a responsibility to distribute more largesse, anathema to a German political establishment that is devoted to fiscal orthodoxy.

Rural regions also profit less from single market membership, the report showed, while highly developed regions such as the south of England were big winners.

Paradoxically, that meant that British regions such as Kent, which voted to leave the EU, gained the most from it, it said.