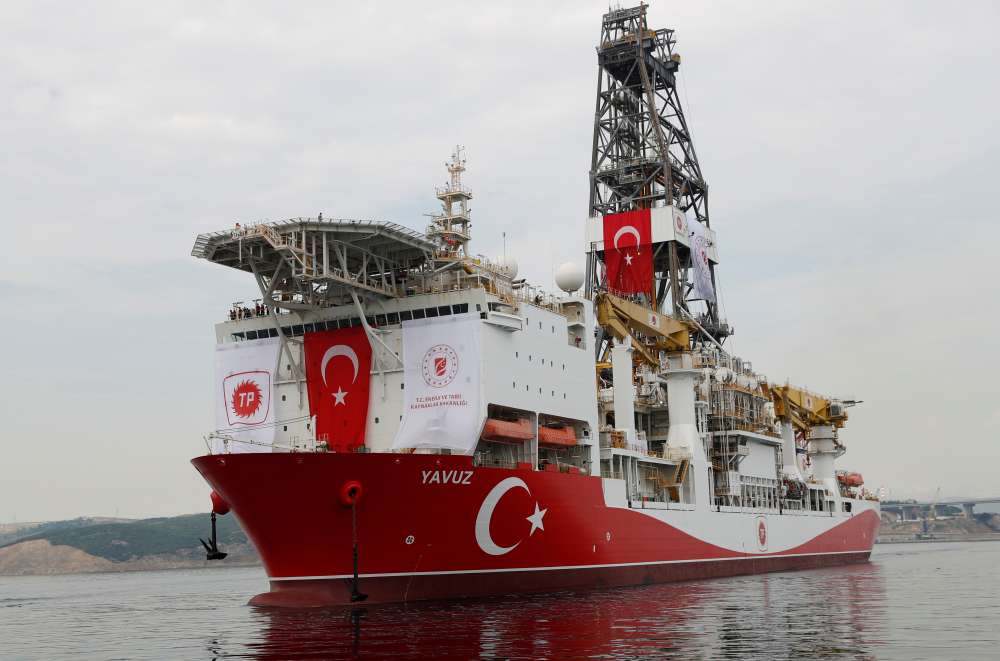 The European Union will decide on Monday to symbolically punish Turkey over what it calls “illegal” drilling for oil and gas off Cyprus and threaten harsher sanctions in the future unless Ankara changes tack, German and Austrian ministers said.

Foreign affairs ministers of the 28-nation bloc meeting in Brussels on Monday are due to endorse a decision to curb diplomatic contacts and funding for Ankara, retaliation for what it sees as interference with Cyprus’ exclusive economic zone.

In June, EU leaders warned Turkey to end drilling in waters around the island or face action from the bloc. EU member Cyprus has pressed for a tough line threatening harsher sanctions in the future but others have warned against antagonising a key ally on security and migration affairs.

“The provocations of Turkey are unacceptable to all of us,” German Minister of State for Europe Michel Roth said on arriving at the talks. “We have now found a balanced language that keeps all our options open, including of course sanctions.”

“I can only hope that we do not now add another crisis to the many conflicts and crises. Turkey knows what’s at stake and the European Union is united on the side of Cyprus.”

An EU diplomat told Reuters Ankara could lose some 150 million euros of 400 million euros the bloc had earmarked for 2020 for everything from political reforms to agriculture projects to help Turkey prepare for eventual EU membership.

The EU had been due to give Turkey 4.45 billion euros between 2014 and 2020, but it cut and suspended some funding last year. It has also frozen long-stalled membership talks and negotiations on upgrading its customs union with Turkey, accusing President Tayyip Erdogan of grave violations of human rights.

A decision due to be endorsed by the EU ministers would invite the bloc’s executive and foreign policy arm to “continue work on options for targeted measures in the light of Turkey’s continued drilling activities”, according to the latest text seen by Reuters.

That means any future sanctions would most likely focus narrowly on freezing assets and banning from the EU firms or people involved in the drilling, diplomats in Brussels said.

Wary of upsetting too much the government in Ankara it needs to keep a lid on migration from the Middle East, the bloc would not opt for broad economic sanctions like those imposed on Russia in recent years for its role in the turmoil in Ukraine.

“WE STAND BEHIND CYPRUS”

Despite some prominent examples of close cooperation, relations between the EU and Turkey have soured over Erdogan’s crackdown on critics following a failed coup in 2016.

Ankara, which backs a breakaway part of the divided island of Cyprus, says that certain offshore zones fall under the jurisdiction of Turkey or of Turkish Cypriots.

“It is very clear that we stand behind Cyprus, this makes sense since we never recognised the Turkish occupation of northern Cyprus. It is normal for Cyprus to want to define their own natural resources,” Austrian Foreign Minister Alexander Schallenberg said on Monday.

“We will decide today about a number of measures against Turkey, among others less money, less loans by the EIB (European Investment Bank), suspension of negotiations on air traffic agreement, but it goes without saying that more sanctions are also possible.”

Turkey said on Sunday it would continue drilling for gas in waters off Cyprus if Nicosia does not accept a cooperation proposal put forward by Turkish Cypriots.