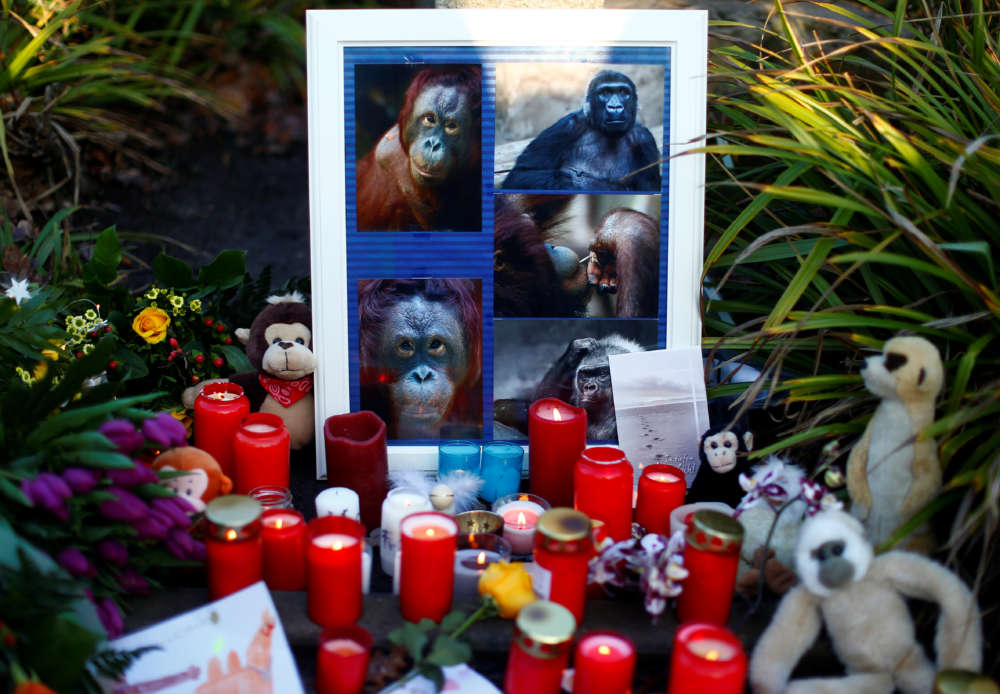 A Chinese lantern, launched by a 60-year-old mother and her two adult daughters in a New Year’s Eve celebration, caused the fire at a German zoo in which dozens of animals were killed, including eight great apes, authorities said.

Police in Krefeld, near the Dutch border, said the three women had turned themselves in on learning of the disaster, in which five orangutans, two gorillas and a chimpanzee were killed, alongside bats and birds.

The women had bought five lanterns, banned locally and in most of Germany for over a decade, on the internet, believing that they were allowed on New Year’s Eve, chief investigator Gerd Hoppmann told a sombre news conference on Thursday.

“I’ve seen very many human corpses,” Hoppmann said. “And I was struck by how like humans the bodies of the great apes looked when transformed by the fire.”

The women had inscribed the lanterns, papier mache balloons lifted by the heat of the flame inside, with good wishes for the new year. Four had been found in the vicinity, while the fifth had been consumed in the zoo blaze.

“They launched the lanterns with good wishes and had no idea what could happen,” Hoppmann said of the women, who could face charges of causing fire by negligence, punishable by up to five years’ imprisonment or a fine.

“It was courageous of them to turn themselves in: that deserves respect,” he added, saying he would give no further details about the women, since they had received threats.

The zoo was festooned with candles and photos of the dead apes on Thursday, with locals telling television stations how affected they had been by the deaths of the animals, who included Massa, a 48-year-old male gorilla.

Department store chain Real said on Thursday that it would stop selling the lanterns, which are still permitted in the northern, coastal region of Mecklenburg-Vorpommern.