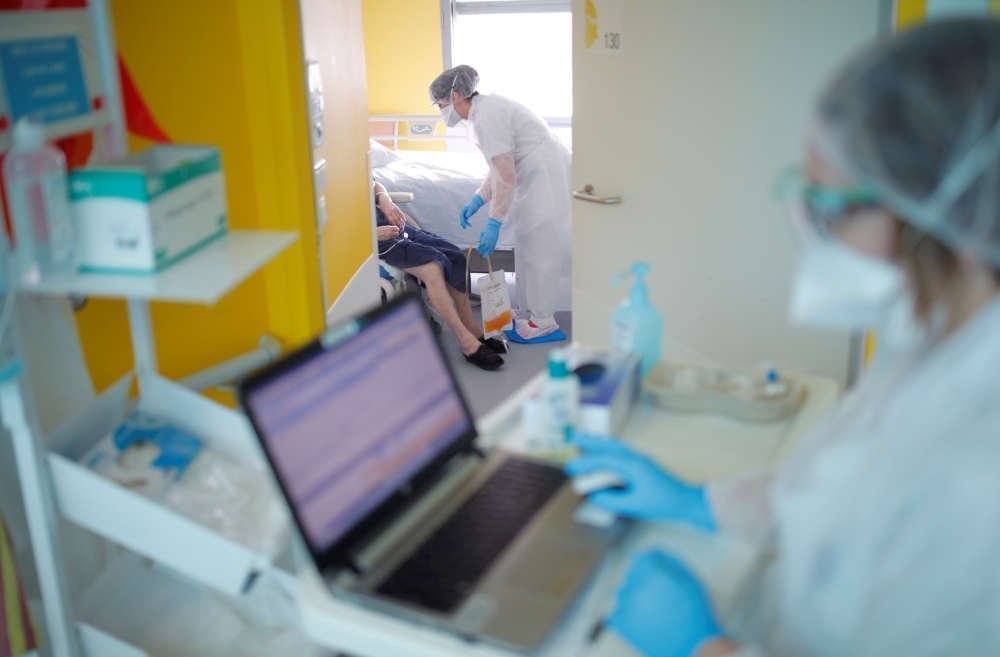 Hospitals in Germany and Switzerland have offered to treat some critically ill coronavirus patients from the neighbouring Alsace region in France, which is struggling to cope with a rising number of cases.

Four teaching hospitals and an army hospital in the south-western German state of Baden-Wuerttemberg will take in 10 French patients requiring ventilation, and the state is checking with other hospitals for more spare beds in intensive care units, the state’s science and research ministry said in a statement on Saturday.

That was followed by the German regional states of Rhineland-Palatinate and Saarland, as well as three Swiss cantons, also joining in the effort to care for French patients.

French regional officials took to Twitter to thank their German and Swiss counterparts as the first patients were transferred over the weekend.

Doctors in the eastern French cities of Mulhouse and Colmar have warned that the healthcare system is at breaking point.

The crisis in the east of the country led the French army to transfer six patients in critical condition due to coronavirus to a military facility on Wednesday.

The region around Alsace has long had ties, with thousands of workers crossing borders daily for work and commerce.

“We are sending a sign of solidarity to our French neighbours,” Baden-Wuerttemberg state science minister Theresia Bauer said in the statement.

The ministry added, however, that there were limits to the state’s hospital capacity and help would be offered for only as long as intensive-care beds were not needed by patients in closer vicinity.

It said critically ill coronavirus patients needed ventilation for an average of three to seven days.

The French government on Tuesday put its 67 million people under lockdown in an unprecedented act during peacetime, after an almost 20% rise in deaths and reported cases in just 24 hours, with eastern France the worst-hit region.

Cantons in northwest Switzerland, for their part, are preparing to accept six seriously ill coronavirus patients from Alsace, Swiss authorities said on Sunday.

Hospitals to take two patients each are the University Hospital in Basel, the Cantonal Hospital in Bruderholz, and the Jura Hospital in Delemont. The Swiss cantons said capacity additions were in the works as they prepare to tackle an expected rise in cases.

By In Cyprus
Previous articleFree live broadcasts from the Royal Opera House
Next articleCoronavirus: Businesses, workers nervous as economy comes to a standstill