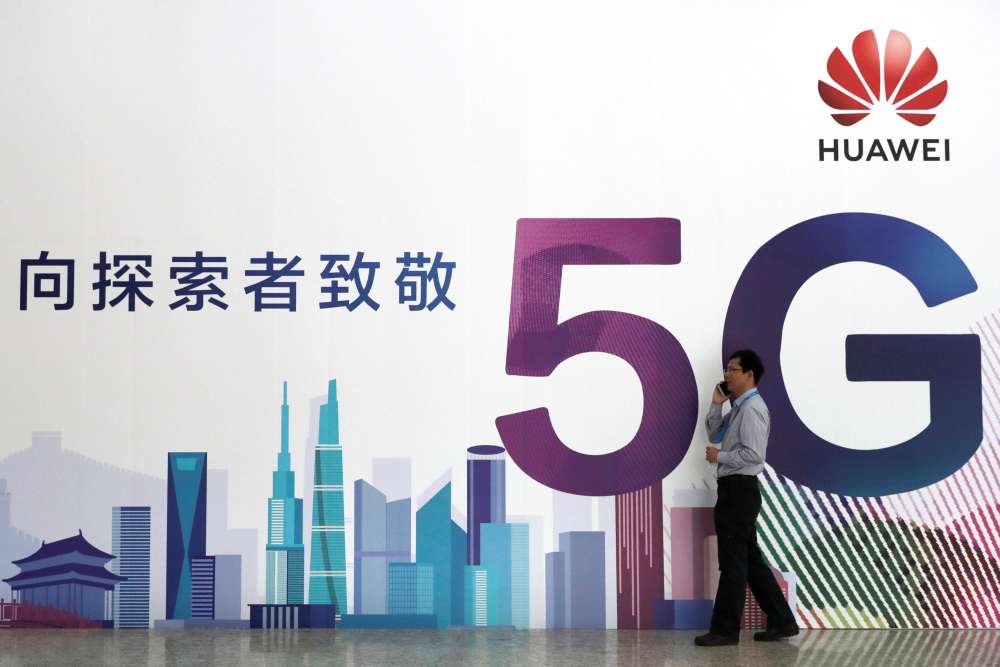 Senior German officials are planning a last-ditch drive to convince the government to consider excluding Chinese firms such as Huawei from building the country’s 5G infrastructure amid concerns this could compromise national security.

The behind-the-scenes push in Berlin, which comes after decisions by Australia and the United States to ban Chinese suppliers from 5G, has emerged at a late stage, with Germany expected to start its 5G auctions in early 2019.

Because of this momentum, officials, who spoke to Reuters on condition of anonymity, said it was unclear whether the initiative would succeed.

But the push highlights the extent of the concern in some Berlin ministries about a Chinese role in building Germany’s next generation mobile network, despite the lack of a vigorous public debate here about the security dimensions of 5G.

“There is serious concern. If it were up to me we would do what the Australians are doing,” one senior German official involved in the internal 5G debate in Berlin told Reuters.

Leading the charge are officials in the German foreign and interior ministries, who have held talks with their U.S. and Australian counterparts and share their concerns about the risks of using Chinese suppliers like Huawei, the world’s largest telecommunications equipment manufacturer.

They are pressing for a more serious discussion on 5G before the auction process begins, the senior official said. Some officials suggested this could lead to a delay.

Opposition parties are also pushing back. Last week the Greens submitted a motion in parliament that questioned the government stance that it has no legal basis for excluding certain suppliers from its 5G rollout.

“Excluding all investors from a certain country is the wrong approach,” Katharina Droege, a Greens lawmaker who co-authored the Bundestag motion, told Reuters. “But we need to be able to vet individual cases in order to ensure our critical infrastructure is protected. That could lead to the exclusion of Chinese firms from building our 5G infrastructure.”

So far the public debate in Germany over 5G has centred around how extensive next-generation mobile network coverage will be rather than questions about security.

Current coverage is patchy and that, combined with delays in building out high-speed internet, has been criticised by business groups as a handicap in the digital era.

The security concerns centre around China’s National Intelligence Law, approved in 2017, which states that Chinese “organisations and citizens shall, in accordance with the law, support, cooperate with, and collaborate in national intelligence work”.

This has sparked fears that Huawei could be asked by the Chinese government to incorporate “backdoors” into their equipment that would allow Beijing access, for spying or sabotage purposes.

Some experts also see a risk that Chinese intelligence may develop an ability to subvert Huawei’s equipment.

Huawei denounced Australia’s decision in August to ban it from 5G as “politically motivated” and based on a “mistaken and narrow understanding” of Chinese law.

It has dismissed the security concerns as groundless and stressed that it is a private company, with no formal links to the Chinese government.

Last week, after The Australian newspaper published a story saying Huawei staffers had been used by Chinese intelligence to obtain access codes to infiltrate a foreign network, the company denied that it had ever “provided or been asked to provide customer information for any government or organisation”.

Huawei has been a partner of Deutsche Telekom for years and has a sizeable presence in the German market. A flurry of German politicians — from the Bundestag as well as state and local governments — have been invited to its headquarters in Shenzhen in recent months as part of a furious lobbying effort.

“Following Australia’s decision to exclude the Chinese from their 5G network, there is huge angst at Huawei,” said a senior industry official who requested anonymity because of the sensitivity of the issue.

“They fear a domino effect. If it stops with Australia it is not such a big deal. But if it continues it’s serious. A 5G setback in Germany could ripple across Europe.”

The debate in Germany comes at a time of growing concern about Chinese investments and influence in Europe. Berlin is in the process of tightening its foreign takeover rules to prevent Chinese rivals from snapping up German tech companies.

The European Commission, meanwhile, has kicked off a debate about strategic autonomy, arguing that Europe must ensure that it does not become overly reliant on the United States or China in the digital age.

But excluding Huawei and other Chinese firms like ZTE is no simple task. Huawei is a global leader in 5G and its technology is among the most advanced and cheapest in the world. European alternatives include Ericsson and Nokia.

“If the conclusion of your strategic autonomy debate is that you as a state must have control over everything then it’s going to cost a lot of money,” said Paul Timmers, a research fellow at Oxford University and former director of cybersecurity at the European Commission’s digital directorate. “You have to think about whether it’s realistic and whether you can afford it.”

Some officials in Berlin, Washington and Canberra also expressed concerns about whether Germany’s fragile coalition government was strong and forward-thinking enough to take a big decision like banning Chinese firms from 5G — a step that could have major consequences for Germany’s relations with China.

“I do worry about this. It may be too late,” a second senior German official said, acknowledging that business interests, rather than strategic factors, have driven German policy on such issues for decades.

By In Cyprus
Previous articleLower labour costs in hotels and restaurants, according to survey
Next articleSlovak President says his country will continue the same policy on Cyprus problem