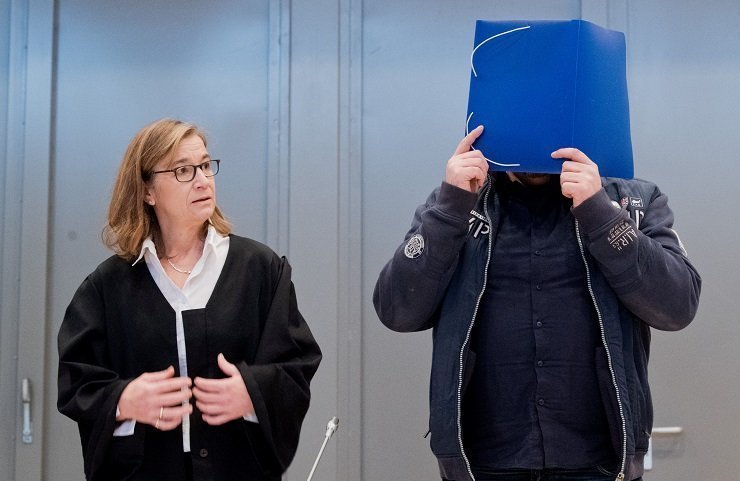 A German nurse admitted in court on Tuesday to being post-war Germany‘s deadliest serial killer, murdering 99 patients with lethal injections so that he could play the hero by trying to revive them.

When judge Sebastian Buehrmann asked 41-year-old Niels Hoegel if the charges against him were valid, he responded in the affirmative, adding: “All that I have admitted to is true.”

Hoegel hid his face behind a blue plastic folder as he was ushered into the courtroom in the northern city of Oldenburg by police and his attorney.

He had already been sentenced to 15 years in jail in 2015 after he was found guilty of killing two patients with lethal injections. In January, prosecutors brought new charges against him for killing another 97 people.

His admission will not end the trial, at which families of the victims hope to uncover more information about the crimes.

“We want him to get the sentence that he deserves,” said Frank Brinkers, whose father died in an overdose allegedly administered by Hoegel. “When this trial is over we want to put this whole thing behind us and find closure.”

Prosecutors in the northern German city of Oldenburg say an investigation and toxicology reports showed that he injected 35 people at one clinic, in Oldenburg, and 62 at another in nearby Delmenhorst, with drugs that could kill them.

Ten years ago, a German nurse was convicted of killing 28 elderly patients. He said he gave them lethal injections because he felt sorry for them. He was sentenced to life in prison.

In Britain, Dr Harold Shipman was believed to have killed as many as 250 people, most of them elderly and middle-aged women who were his patients. Known as Dr Death, Shipman was sentenced to 15 life terms in 2000; he died prison in 2004, apparently a suicide.