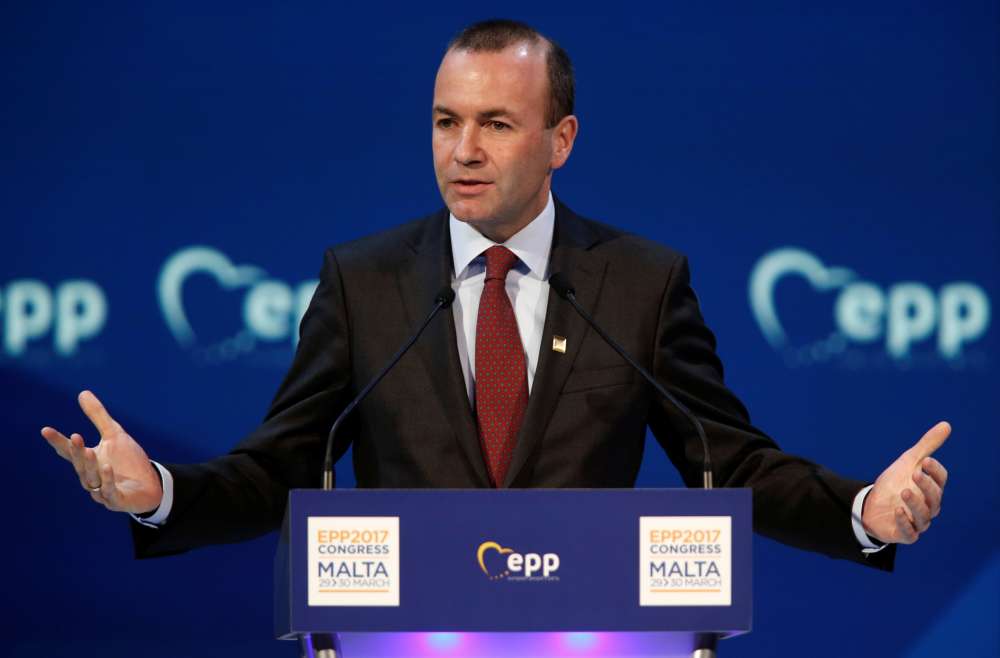 German conservative Manfred Weber declared his bid on Wednesday to succeed Jean-Claude Juncker as EU chief executive, signalling an early start to campaigning for elections to the European Parliament in May.

“I want to become the EPP’s lead candidate for the 2019 European elections and be the next president of the European Commission,” the 46-year-old tweeted during a meeting with members of his European People’s Party (EPP) in Brussels.

Weber, who leads the biggest trans-national group in the EU legislature, seems confident of backing from German Chancellor Angela Merkel, the bloc’s main power broker. But he will face big challenges, including from other conservatives, as well as resistance from French President Emmanuel Macron and others to the very system Weber wants to use to claim Brussels’ top job.

Held against a backdrop of Brexit, the departure of major power Britain from the bloc next March, and a rising volume of nationalist complaints against Brussels in other countries, the parliamentary vote will determine the political make-up of an important element in making laws applied across the continent.