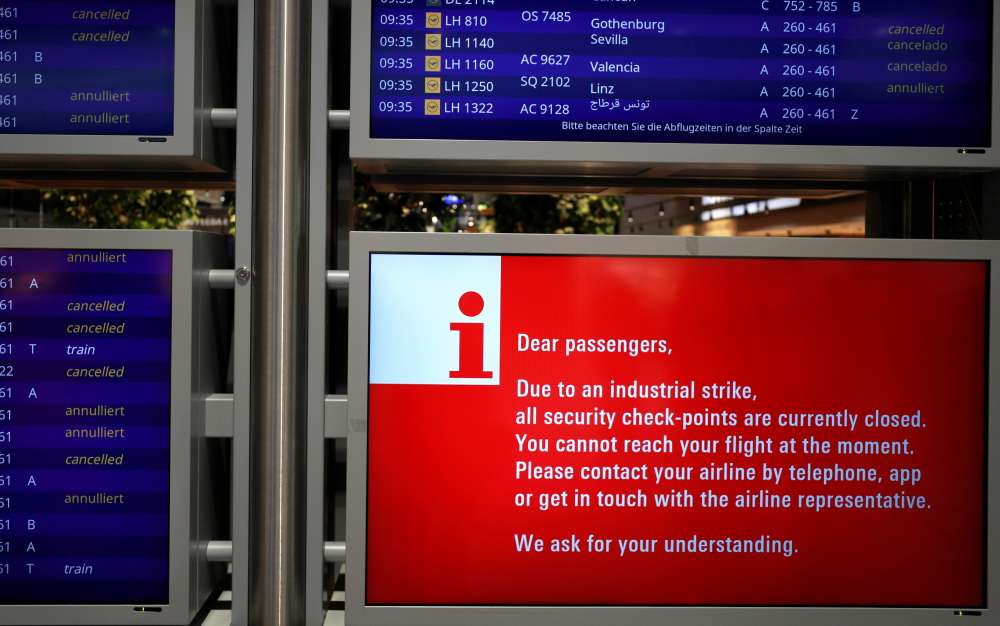 Security staff at eight German airports went on strike on Tuesday in an escalating pay dispute that means up to 220,000 passengers could be affected by delays or cancellations, airport association ADV said.

Security workers at the smaller Hamburg, Hanover and Bremen airports downed tools from midnight while those at main hub Frankfurt joined them two hours later, with a view to striking until 2000 local time (1900 GMT).

Strike action is also expected in Munich, Leipzig, Dresden and Erfurt, meaning hundreds of flights will be cancelled.

The latest walkouts follow strikes at five airports last week and were denounced by ADV as excessive.

Fraport, operator of Frankfurt airport, expects 470 of around 1,200 connections to be hit.

Lufthansa said it would cancel around 500 flights, 28 of which are intercontinental. Lufthansa subsidiary Eurowings said 120 out of 700 flights would be affected.

Munich airport said that although Verdi called for action there as well, passenger security checks are carried out by a public-sector contractor whose workers would not strike. But some flights to and from airports affected by the walkout would be cancelled, it said.

Verdi is in wage negotiations on behalf of 23,000 security workers in Germany.

Talks with employers are due to resume on Jan. 23.