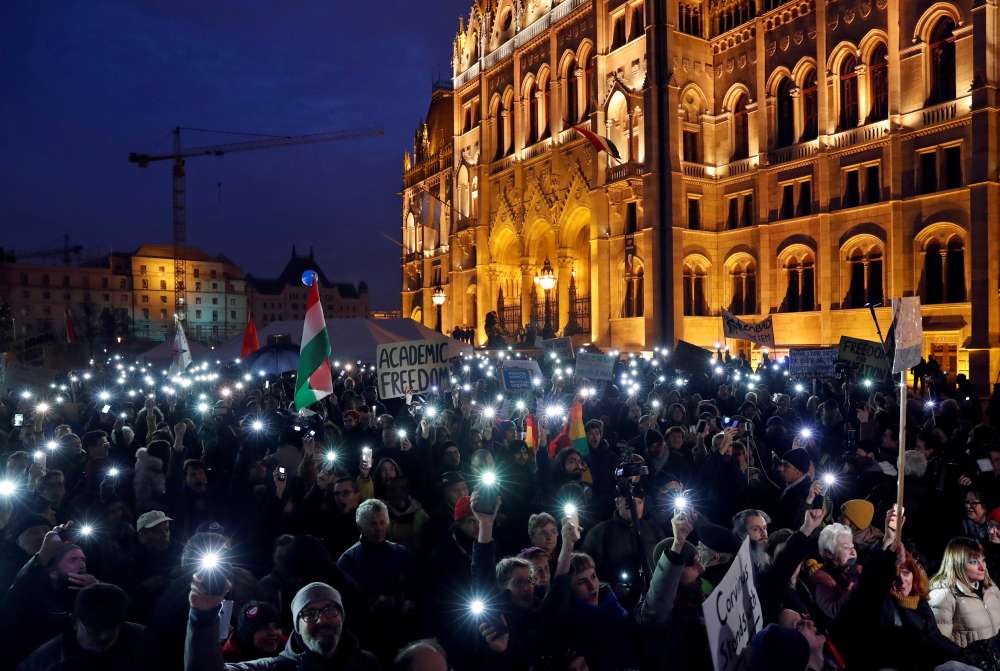 The Central European University, founded by George Soros, said on Monday it had been forced out of Hungary in “an arbitrary eviction” that violated academic freedom, and it confirmed plans to enrol new students in neighbouring Austria next year.

CEU’s statement is the culmination of a years-long struggle between Hungarian-born but U.S.-based Soros, who promotes liberal causes through his charities, and the nationalist, anti-immigrant government of Prime Minister Viktor Orban.

“CEU has been forced out,” said CEU President and Rector Michael Ignatieff in a statement.

“Arbitrary eviction of a reputable university is a flagrant violation of academic freedom. It is a dark day for Europe and a dark day for Hungary,” the statement added.

CEU’s legal status has been in limbo for more than a year since changes to a higher education law that meant a foreign-registered university could no longer operate in Hungary unless it also provided courses in its home country.

Orban’s critics say the changes deliberately target CEU, which is reguarly ranked as the top university in Hungary and offers U.S. degrees. Orban accuses Soros of encouraging mass immigration into Europe, a charge the philanthropist denies.

CEU, founded in Budapest in 1991, has repeatedly said it has complied with all the new regulations set by Orban’s government, which has refused to sign off on an already agreed document with the State of New York that would allow CEU to stay.

Hungary’s government has dismissed the university’s move as a “Soros-style bluff”.

CEU said it would start enrolling students for U.S. degrees at its new campus in Vienna for the next academic year. Students already enrolled will complete their studies in Budapest.

The university retains accreditation as a Hungarian university and will seek to continue teaching and research activity in Budapest as long as possible, it said.