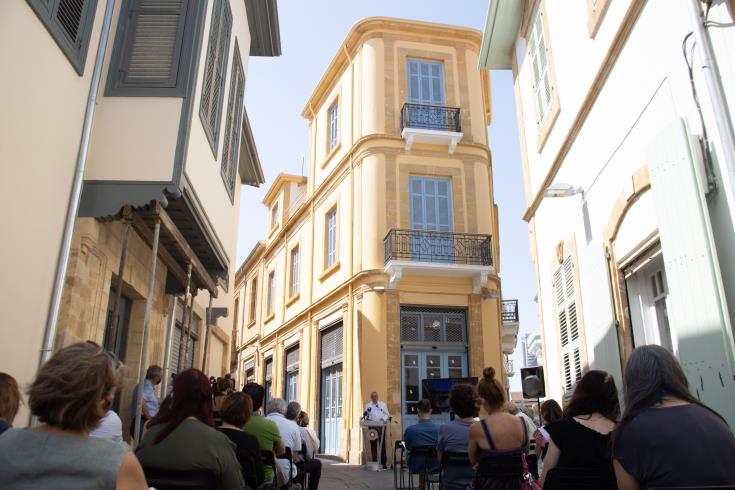 Generous incentives for owners in the old part of Nicosia are on the way said Interior Minister Nicos Nouris on Tuesday.

Speaking during the ceremony to present the completed first phase of a regeneration project which saw sections of Trikoupi, Aeschylus and Lefkonos streets restored, Nouris said that for economic activity to return to these areas, young people need to be present. For this reason the government will announce a complete incentives package for owners in the old part of the city.

He described the first phase of the regeneration project a  “jewel” for the old town, adding it is the government’s obligation to give people the chance to enjoy their properties after so many years.

Asked about the rising migration flows, he said the state has prepared a complete immigration policy.

“We acknowledge our obligation as a state to offer these people accommodation and means to survive as they are waiting for their applications for asylum to be examined”, he said and added that a new detention centre is expected to open in the next two weeks which will provide applicants for asylum a place to stay until their applications are examined.

The Interior Minister said Cyprus is a small state which has certain peculiarities compared to other European countries that are in the frontline of immigration. It is not in the Schengen zone which means those who arrive here are virtually trapped because they cannot travel to other countries. At the same time, many illegal immigrants come to the free areas from the Turkish occupied north. These immigrants usually travel from Turkey and then to the north.

“We do not have unlimited potential in terms of reception. Already, Pournara Reception Centre is overflowing. Therefore, we are creating a complete migration policy to handle the social problem which is not only a national issue but also an international phenomenon, he noted.

Nouris further said that this issue will be discussed during President of the Republic Nicos Anastasiades’ meeting with Commission President Ursula von der Leyen. We want Europe to show in practise its solidarity and give Cyprus the chance to relocate a number of migrants to other European countries because we have simply surpassed our capabilities, he pointed out.