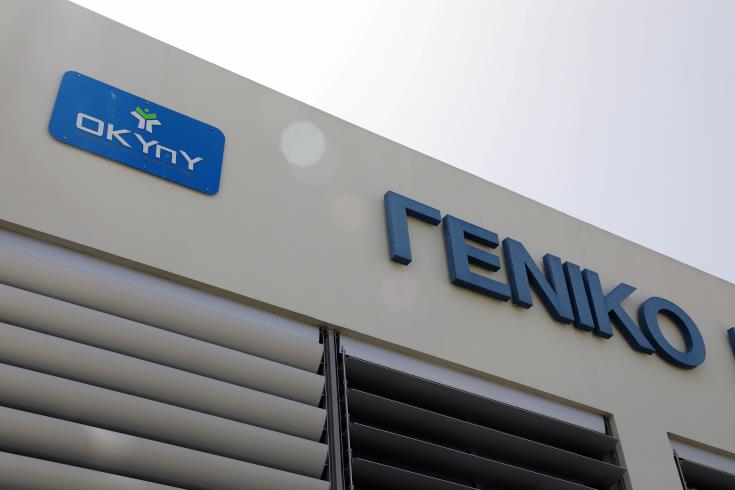 The actual expenditure of the General Healthcare System (GHS) in Cyprus between January-August 2021, amounted to €794.7 million and are expected to reach €1.29 bn for the year, compared to €780 mn, according to Health Insurance Organisation official Angelos Tropi.

He told CNA that despite the repercussions due to the pandemic, expenditure remains according to initial estimations, adding that any deficit will be covered by the fund’s accumulated reserves totalling €300 mn.

Revenue for the first half of the year reached €593 mn and it is believed that it will reach €1.25 bn for the whole year.

Tropis said that for the period 2021 – 2023 we will have small deficits which will be mainly due to the increase in expenditure in the health services as the HIO wants to keep standards high despite the pandemic. He said this increase remains in the levels initially estimated, despite the repercussions of the pandemic on the economy.

At the end of the day, he added, these small deficits will be covered by a faster recovery of the economy.

He told CNA that we expect that from 2024 the economy will have fully recovered and our budgets will have surplus.

The HIO senior official told CNA that “if and when these deficits arise in the three-year period, they can easily be covered by the accumulated reserves of the GHS fund that resulted from the first two years of the plan’s operation and total €300 million”.

The marked increase in expenditure in 2021 compared to last year is due to the implementation in 2021 of all the system’s health services.

In addition, according to HIO data, the actual revenues from contributions, supplements and discounts for medicines related to the period January – June 2021 amounted to €593 million.

Regarding the GHS expenses from January-August 2021, amounting to €794.7 mn, for outpatient activities of specialist doctors these rose to €149.3 mn, for personal doctors to €57.7 mn., payments to laboratories reached €34.9 mn., payments to pharmacies €21.1 mn and fees for other health professionals (physiotherapists/doctors and others) €21.9 mn., while the cost for outpatient medicines/consumables amounted (after discounts) to €116.3 mn.

Regarding expenses for inpatient care, for the same period were estimated at €371.9 mb and for First Aid and ambulances amounted to €21.6 mn.