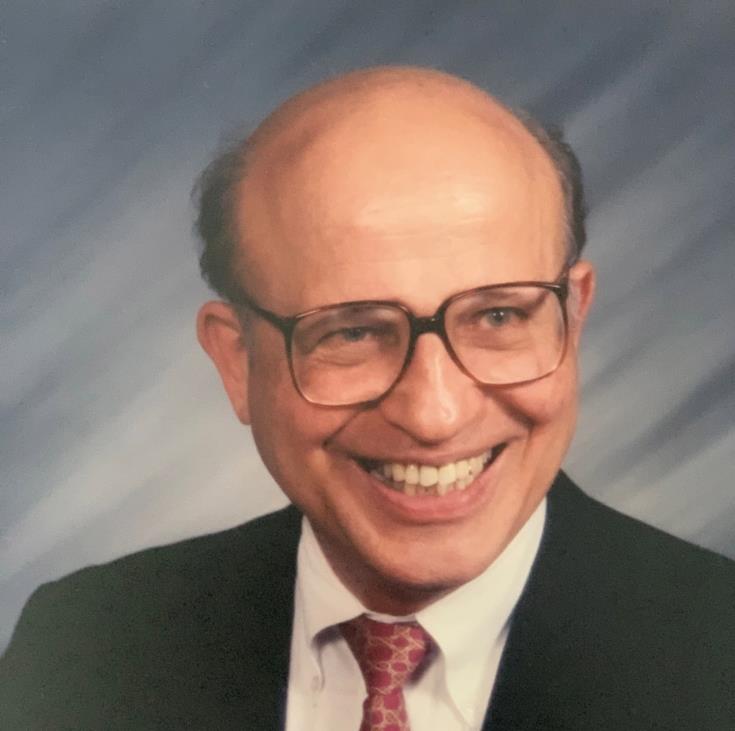 Gene T. Rossides, an iconic personality of the Greek American community’s struggles for Cyprus in Washington and founder of the American Hellenic Institute (AHI), died on May 16, 2020. He was 92. The announcement was made on Monday by AHI.

Rossides was born in Brooklyn, New York, in 1927. His father was from Kyrenia, Cyprus, and his mother from Gythion, Laconia, Greece.

He studied at Columbia University and he was a legendary quarterback for the University’s football team. As it is stated at the obituary issued by Columbia University, “following an outstanding football career at Columbia, Rossides was drafted by the NFL’s New York Giants in 1949. He declined the offer to play professional football and instead, chose to attend Columbia Law School.

Rossides served as Assistant Attorney General for New York State and was appointed Undersecretary of the Treasury by President Richard Nixon in 1969. He returned to practice law privately in New York in the 1970s and became a leading activist for Greek and Turkish issues on an international scale.”

He retired as a senior partner of the law firm of Rogers and Wells, now Clifford Chance, LLP, where his career spanned nearly 40 years. He served as Assistant Secretary of the U.S. Treasury Department from 1969-1973, where he supervised the U.S. Customs Service, Secret Service, the US Mint, the Bureau of Printing and Engraving, the Tariff and Trade Office of Law Enforcement, the Federal Law Enforcement Training Center and the IRS law enforcement operations. In 1970, he successfully enforced landmark anti-dumping laws. In 1972, he established the Bureau of Alcohol, Tobacco, and Firearms. Notably, in 1972 he appointed the first women to be Federal Law Enforcement Officers, inducting them into the US Secret Service.

A leading Greek American, Rossides also served as U.S. Representative and Vice President of Interpol (1969-1973); Assistant to the Undersecretary of Treasury in the Eisenhower Administration (1958-1961); and started his legal career in the New York County District Attorney`s office as Assistant AG in NY (1956-58) after serving in the US Air Force at Wright Patterson Air Force Base, Dayton, Ohio.

On behalf of AHI’s Board of Directors, President Nick Larigakis, said Rossides championed and inspired a generation and more to advocate for the rule of law, for Hellenism, and justice for Cyprus. He provided a lifetime of service and dedication to America, Greece, Cyprus, and Hellenic ideals.

Gene Rossides also founded the American Hellenic Institute Foundation (AHIF) in 1975. It was the first “think tank” devoted exclusively to the study of policy issues involving the Greek American community and contemporary Hellenism. He was serving as a director on the board of AHIF at the time of his passing.

The American Hellenic Institute remains committed to the ideals of Gene Rossides and pledges to continue promoting his ideals and foreign policy values, Larigakis added.

“The American Hellenic Institute Foundation, its board members, supporters, and benefactors, profoundly lament the passing of its founder and mentor, Mr. Gene Rossides,” AHI Foundation President Constantine A. Galanis said.

Savas Tsivikos, former President of AHIPAC said Rossides’ memory and legacy will always be with us.

Supreme President George G. Horiates in a statement said Rossides was a champion of the rule of law, an upstanding public servant, and standout athlete. A proud American and passionate Hellene, Brother Rossides` legacy will live on through the American Hellenic Institute and the AHI-affiliated organizations he founded and led in support of the rule of law, Hellenism, and the Cyprus cause; and furthermore, for spearheading the effort that led to a U.S. arms embargo on Turkey following Turkey’s illegal invasion of the Republic of Cyprus in 1974.