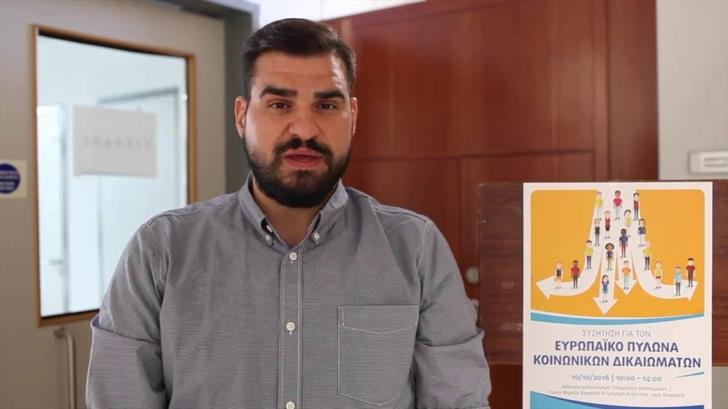 A bill that will make it possible for people to change their gender identity on public documents is moving forward. The bill underwent public consultation for several months and is currently under legal review at the law office of the Republic.

Speaking to Andri Daniel on Radio Active, the adviser to the President of the Republic on diversity issues Costas Gavrielides said that the bill is the culmination of a three year campaign to put right a gap in the law so that individuals’ documents reflect the gender they identify with and not what is stated on their birth certificates.  “It is a personal issue for each person,” he said.

A number of bodies contributed to this much delayed step forward, he said noting that the Council of Europe had contributed to drafting the bill while the European Court of Human Rights has upheld the right of individuals to determine their gender identity.
He said that Cyprus has lagged behind on this issue with the legal recognition of gender identity implement in Greece a year ago and in other EU Member States much earlier.
Asked what he anticipated would happen in the House of Representatives, Gavrielides said that given that it was being submitted by the government, this meant that it had already been discussed in various bodies, adding that political parties had at recent Gay Prides pledged support.
Asked how the EU has helped, Gavrielides said that EU membership in itself had played a positive role because it had strengthened civil society, making it easier to speak out about issues that until recently were taboo.
Watch video of interview below
By In Cyprus
Previous articleLimassol district police probe dog poisonings
Next articleCyprus has highest number of police officers for size of population in EU