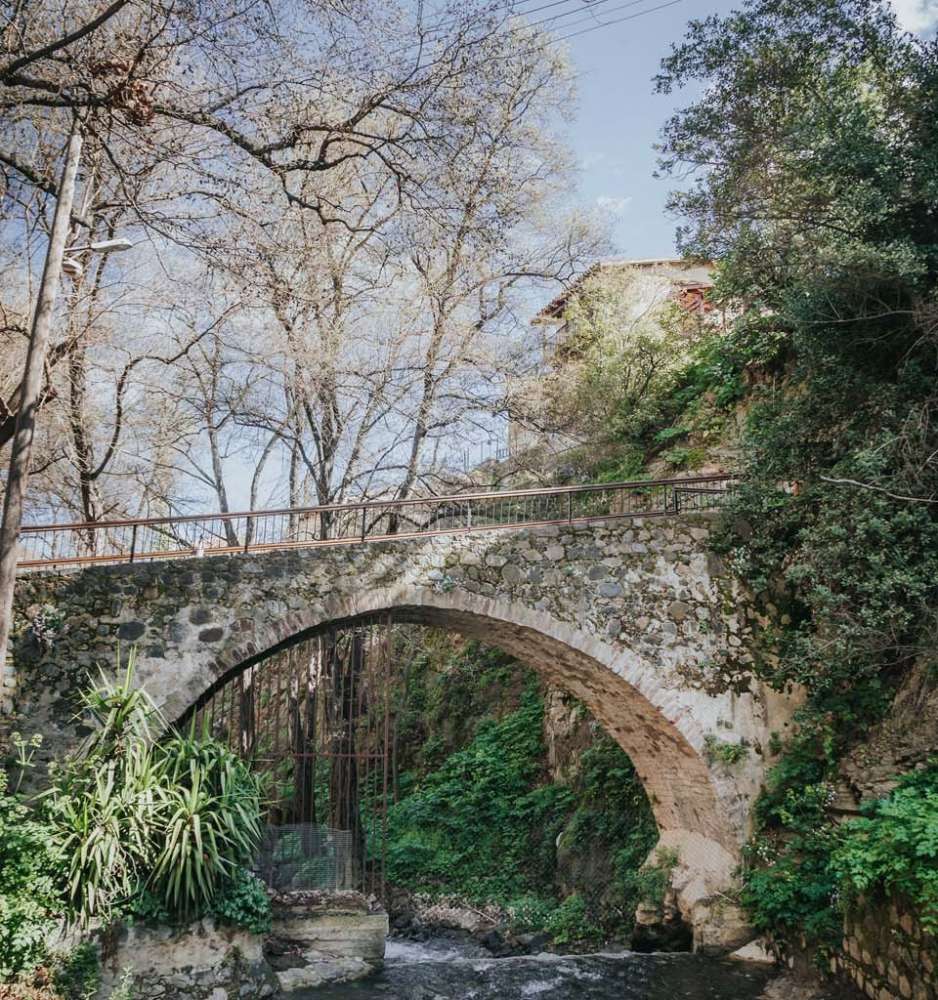 Next to the Mylos tis Gonias is a large stone bridge. It is the first bridge built in Kakopetria and was the exclusive access road between Solea, Pitsilia and Marathasa. From the bridge the inhabitants of Kakopetria had access to the greater area, while residents of the surrounding areas from there had access to the village mills.

Within walking distance is the Vateri Nature Trail, which was created on the west bank of the Klario river and along its course follows the course of the river. A dense forest of Plane trees and oaks, creating a beautiful backdrop for photographs.

One can combine the visit with a walk in the old town of Kakopetria, which is considered to be a sample of folk architecture. The old district of the village, with narrow and winding streets, has been declared an area of ​​protected cultural heritage.

By Andreas Nicolaides
Previous articleThe Flood Festival (Kataklysmos) in Larnaka 2019
Next articleSavva, other greats at Psatharis’ auction of Greek and Cypriot art works