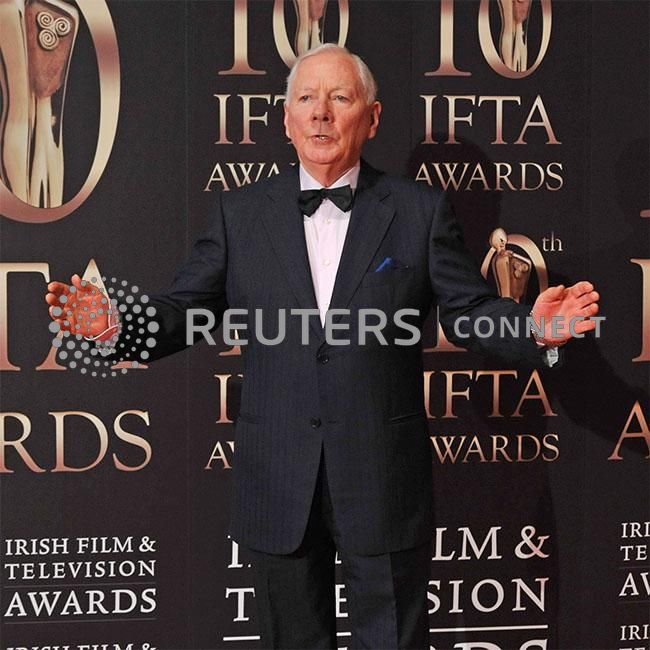 Ireland’s best known television personality Gay Byrne, who hosted “The Late Late Show” for almost 40 years, died aged 85 on Monday, and was hailed by the prime minister as the “most influential broadcaster in the history of the state”.

Byrne hosted the first episode of national broadcaster RTE’s flagship chat show in 1962, becoming Ireland’s answer to U.S. TV host Johnny Carson, and was the face of some of the most significant moments in Irish life in a show that remains a Friday night institution.

He interviewed celebrities from Fred Astaire to fellow Dubliners U2, whose singer Bono and drummer Larry Mullen surprised Byrne on his last episode 20 years ago with a gift of a Harley-Davidson motorcycle.

However he was best remembered on Monday for providing a platform to debate some of the most controversial issues in then deeply Catholic Ireland such as contraception, abortion and divorce, helping to document a changing society.

Byrne died after being ill for some time, RTE announced, quoting a statement from his family.

“Gay Byrne was the most influential broadcaster in the history of the state, a much-loved figure who changed Ireland for the better in so many ways,” Prime Minister Leo Varadkar said on Twitter.

“On radio and on television over so many decades ‘Uncle Gaybo’ provided a voice for all those who had been silenced or were afraid to speak up, and helped us confront things that needed to be changed.”

He remained a broadcaster on RTE radio and television on a less regular basis until 2016.

News of Byrne’s death dominated Irish radio on Monday as fellow presenter’s ripped up their running orders, and posts referring to the broadcaster, who strongly considered running for the presidency in 2011, represented seven of the eight top trending Twitter topics in Ireland.

Irish President Michael D. Higgins, who was trailing Byrne in early opinion polls before his rival opted out of the race, said Byrne helped shape Ireland’s conscience, self-image, and “idea of who we might be”.

“Through his work in radio and on television he challenged Irish society, and shone a light not only on the bright but also the dark sides of Irish life,” Higgins said.