Gatwick shows flights on white boards after IT fails 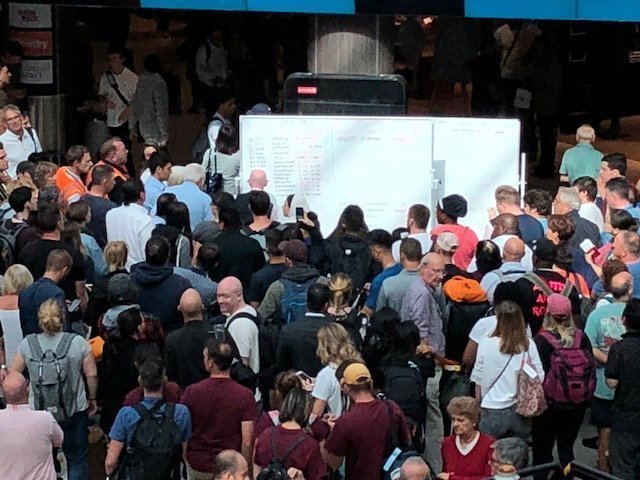 Gatwick, Britain’s second busiest airport, was forced to post flight information on white boards on Monday after an IT glitch meant its digital screens failed.

The airport, 30 miles south of London which primarily serves passengers heading on short-haul flights to European destinations, said there were no flight delays linked to the issue, although a handful of people had missed flights.

“Due to an ongoing issue with Vodafone – a provider of IT services for Gatwick – flight information is not being displayed correctly on the airport’s digital screens and is currently being displayed manually in the terminals,” the airport said in a statement.

Pictures showed people crowding to see their gate numbers as a member of staff wrote up information on a white board during the busy summer holiday season.

“Gatwick would like to apologise to any passengers affected and expects Vodafone to resolve the issue as soon as possible,” Gatwick, London and Britain’s no.2 airport behind Heathrow, said in its statement.