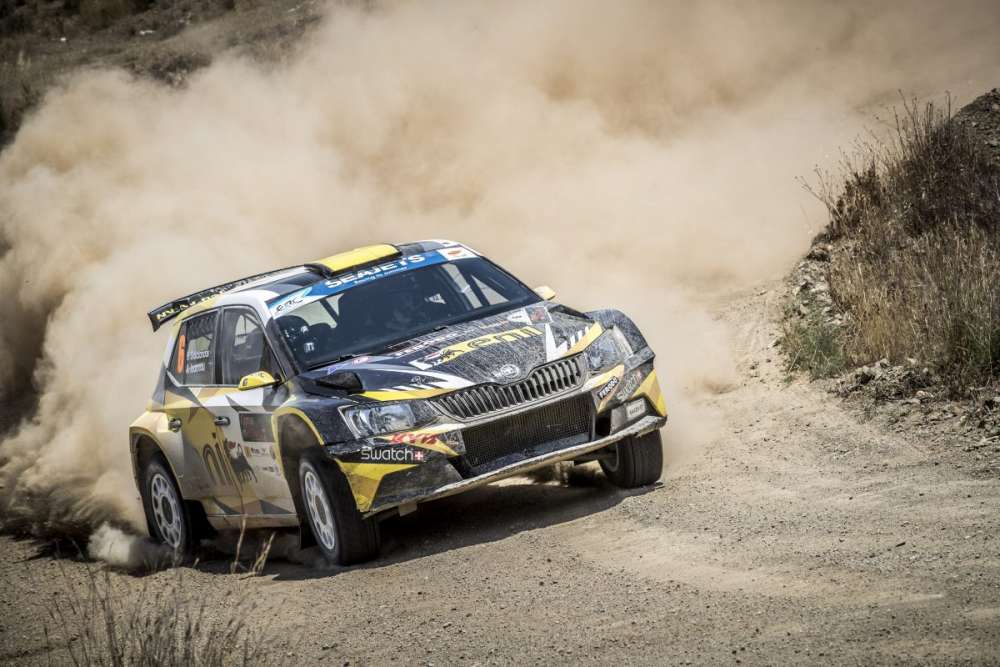 Home favourite Galatariotis captured a first win for a Cypriot driver on Cyprus Rally in 10 years despite carrying a front right puncture to the finish line of the ENEOS Golden Stage.

Al-Attiyah had stormed into first place in the penultimate stage of Leg Two, taking 20.6s out of Galatariotis to gain a 2.3s lead with one stage remaining.

However, Al-Attiyah was forced to stop and change a puncture close to the finish of the Cyprus Rally’s final test, his attempts to continue with a deflating tyre for several kilometres ultimately in vain.

His weekend-long approach of being sensible and avoid rocks at all costs paid dividends, ensuring another top result after his win on EKO Acropolis Rally two weeks ago.

Vojtéch Štajf turned the tables on Dávid Botka, whom he narrowly lost the ERC2 category title to back in 2015. ACCR Czech Team driver Štajf edged out his Sysinfo Rallye Team rival for sixth place by 13.4s, while behind both Albert von Thurn und Taxis scored his first ERC points finish of 2018 in eighth.