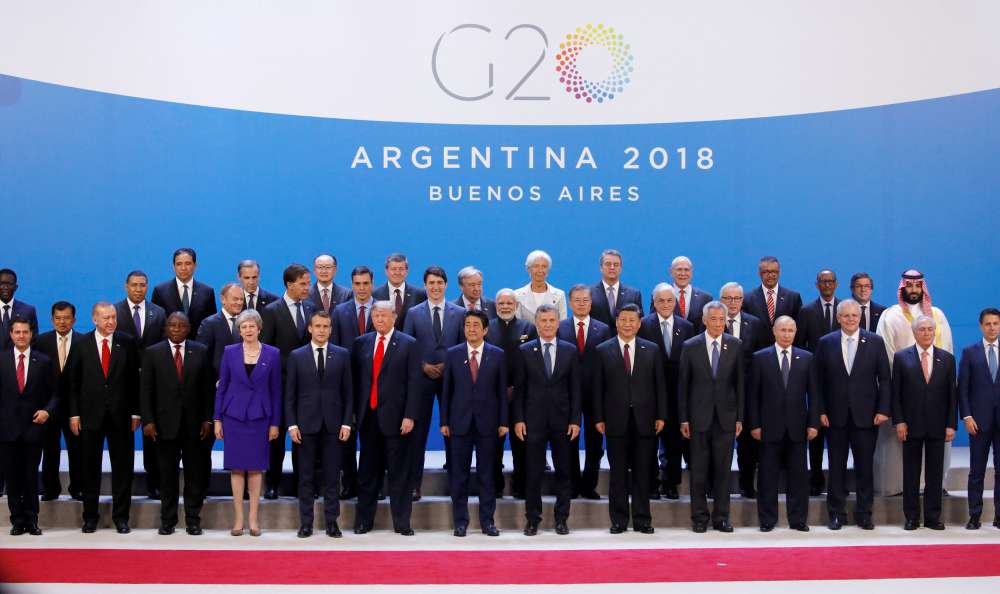 The G20 grouping of industrialized nations skirted current global trade tensions but threw their weight beyond the reform of the World Trade Organization in a copy of their joint statement obtained by Reuters.

The United States reaffirmed its commitment to withdraw from the Paris Climate Accord, while G20 signatories to the agreement declared the pact irreversible and said they would fully implement it.

Face masks must be worn outside at all times, the Cabinet decided on Thursday. Moreover, stricter measures apply in all districts and partial lockdown...
Read more
Local

Hospitals not ready to deal with second wave of pandemic

Hospitals and clinics are not ready to deal with the second wave of the pandemic due to the fact that they are understaffed, President...
Read more