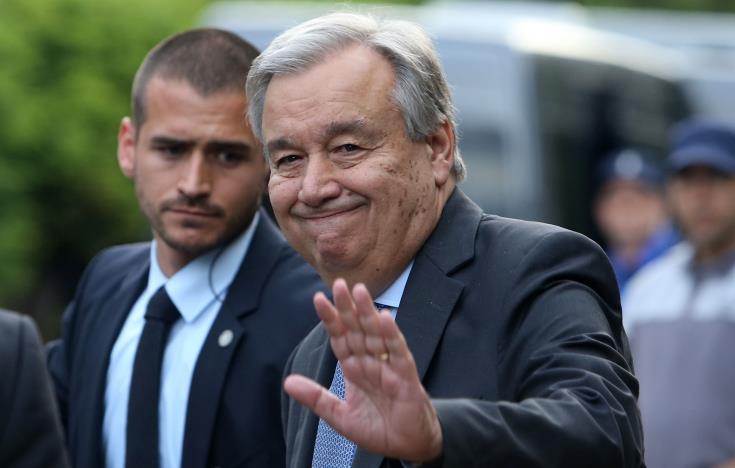 The Greek Cypriot side does not agree with the approach of the UN on the issue of the bicommunal Technical Committees, which have a concrete mandate, based on the agreement regarding their operation, a source has told the Cyprus News Agency (CNA) asked about the relevant references in the UN Secretary General’s report about his good offices mission for Cyprus.

UNSG Antonio Guterres said in his report that out of 12 Technical Committees, seven have not met in over a year, and one of those has not met since autumn 2016.

Noting that the role of the Technical Committees role is to facilitate activities of the civil society which bring together people from the two sides, the same source told the Agency that the Committees convene if they have issues to discuss.

It underlined that the Greek Cypriot side encourages and urges the convening of the Technical Committees with a view to safeguard their operation as a channel of communication among the two sides, noting at the same time that this depends on which issues each Committee has before it to examine and whether it can promote them, as well as on whether each Committee has to meet regularly.

For example, it went on to say, with regard to the issue of the radio frequencies the competent Technical Committee does not have to meet regularly since its members have coordinated on how to regulate this issue and there are no problems.

The same source noted that the Technical Committee on Education did not only meet twice, during the reported period, to discuss about the “Imagine” project which aims at increasing connections between schoolchildren from both communities through peace education and contact.

Guterres’ report, which covers the period from May 21, 2018 until October 5, 2018, said that the Technical Committee on Education met twice to lend its support to the implementation of the “Imagine” project, which received additional funding from the Embassy of Germany to expand the scope of its work and promote activities across the divide and not only in the buffer zone as has been the case to date.

By In Cyprus
Previous articleUpdated: 68 year old man reported missing died of heart attack
Next articleOnly 80 in 800 schools were checked for fire safety