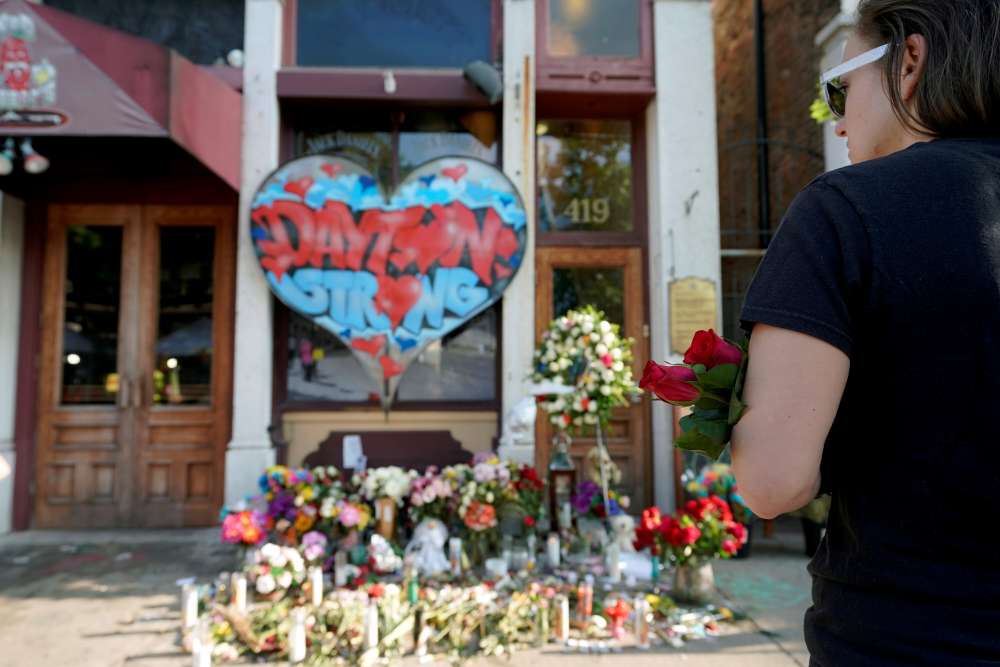 A friend of the Ohio man who killed nine people in Dayton was charged on Monday with lying about his drug use on a form when he bought a gun and told authorities that he bought body armour and firearm accessories for the shooter, a federal prosecutor said.

The Aug. 4 attack, which ended when police shot and killed the gunman, 24-year-old Connor Betts, was one of three-high profile mass shootings over three weeks that stunned the United States and stoked its long-running debate on gun rights.

The U.S. attorney for the Southern District of Ohio, Benjamin Glassman, charged Betts’ friend, Ethan Kollie, 24, with making a false statement regarding firearms. He was also charged with possession of a firearm by an unlawful user of a controlled substance, according to court documents.

Glassman said during a news conference in Dayton announcing the charges that Kollie told federal agents that he had purchased body armour, an accessory for an AR-15 semi-automatic rifle and a 100-round double drum magazine that Betts used during the shooting.

Kollie’s attorney Nicholas Gounaris could not immediately be reached for comment.

Kollie, of Kettering, located a few miles south of Dayton, kept the items at his apartment to help Betts hide them from Betts’ parents, according to an affidavit.

“There is no evidence and no allegation … that Kollie intentionally participated in the planning” of the Aug. 4 shooting, Glassman said. “That’s not what this case is about.”

Authorities obtained the form that Kollie used to purchase a pistol last May and found that the man answered “No” to a question asking if he was an unlawful drug user or addicted to marijuana, a depressant or stimulant or any other controlled substance.

“He admitted that he did remember filing out the form … and indicating falsely that he was not a user of illegal drugs,” Glassman said. “He knew that if he answered truthfully, he would not have received the firearm that he was buying.”

Betts opened fire outside a bar in the Oregon District of Dayton at 1 a.m. on Aug. 4. The shooting ended rapidly when police who were nearby moved in and shot Betts dead. Those killed included Betts’ 22-year-old sister, Megan. At least 14 people were wounded by bullets, while others were injured as they fled.

Glassman said the investigation into the shooting continues.

The gun Betts used was bought legally online from a dealer in Texas and shipped to a local firearms dealer, local police said.

During an interview at Kollie’s home on the day of the shooting, agents smelled marijuana and noticed a marijuana bong and a Micro Draco pistol in his possession, Glassman said.

Later that week, authorities interviewed Kollie again, this time at work, where he told them he was a gun owner and that he had done hard drugs with Betts as well as marijuana and acid four or five times a week from 2014 to 2015, Glassman said.

Kollie told authorities he smokes marijuana every day and had been doing so for 10 years. He also told agents that he “micro-doses” mushrooms on a constant basis, saying it provides him with energy and is “fun,” according to the affidavit.

Kollie, who was arrested Friday, faces up to 15 years in prison if convicted.

The FBI said last week that Betts had a history of violent obsessions and had mused about committing mass murder before his rampage in Dayton’s historic downtown.