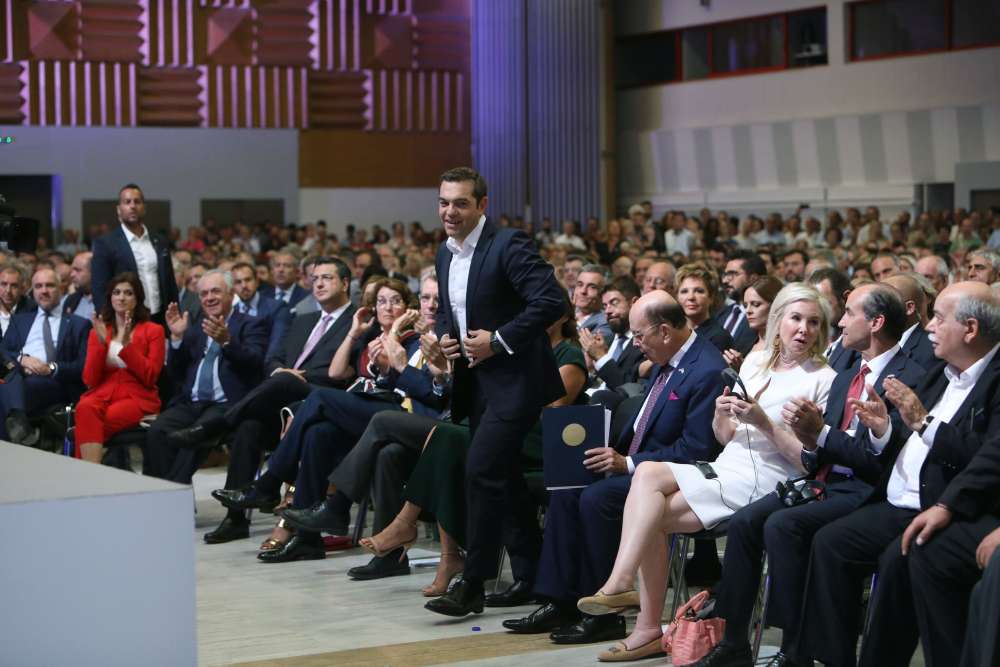 Greek Prime Minister Alexis Tsipras on Saturday unveiled plans for tax cuts and pledged spending to heal years of painful austerity, less than a month after Greece emerged from a bailout programme financed by its EU partners and the IMF.

Tsipras, who faces elections in about a year’s time, used a keynote policy speech in the northern city of Thessaloniki to announce a spending spree that he said would help fix the ills of years of belt-tightening, and help boost growth.

But he said Athens was also committed to sticking to the fiscal targets and reforms promised to its lenders.

Greece has agreed to maintain an annual primary budget surplus – which excludes debt servicing costs – of 3.5 percent of gross domestic product up to 2022. So far, it has outperformed on fiscal goals and the economy has returned to growth.

“We will not allow Greece to revert to the era of deficits and fiscal derailment,” he told an audience of officials, diplomats and businessmen.

He said would beat its primary surplus target again this year and, following a debt relief deal in June, he could “safely plan its post-bailout future”. Government officials have put this year’s fiscal room at 800 million euros.

Tsipras promised a phased reduction of corporate tax to 25 percent from 29 percent from next year, as well as an average 30 percent reduction in a deeply unpopular annual property tax on homeowners, rising to 50 percent for low earners.

He also promised to reduce the main value added tax rate by two points to 22 percent from 2021.

But he added that Greece could achieve its primary budget surplus targets without implementing further pension cuts, a position that would be presented to the European Commission before next year’s budget is drawn up in October.

The government has already passed legislation to cut pensions next year – a deeply controversial measure in a country where high unemployment means that pensioners are occasionally the primary family earners. It is also a group that has been targeted for cutbacks more than a dozen times since 2010.

The leftist premier said he would reduce unemployment, reinstate labour rights and increase the minimum wage. And he said the state would either reduce or subsidise social security contributions for certain sections of the workforce.

“Today I can look in your eyes and tell each one of you that your insistence and your patience have borne fruit,” he said, referring to the eight years of reforms under Greece’s bailouts.

Tsipras, who was catapulted to power in January 2015 on promises to end austerity but was later forced to sign up to a new bailout, hopes to boost his sagging poll ratings.

A poll by the Marc agency published in Sunday’s Proto Thema newspaper had his Syriza party lagging behind the conservative New Democracy party by about 10 percentage points.

Outside the venue where he was speaking, thousands protested against a deal to end a decades-old dispute with neighbouring FYROMa over the ex-Yugoslav republic’s name – a sensitive issue in northern Greece, which has its own region named Macedonia.

By In Cyprus
Previous articleTrump axes $25 m in aid for Palestinians in East Jerusalem hospitals
Next articleTrump tells Apple to make products in U.S. to avoid China tariffs