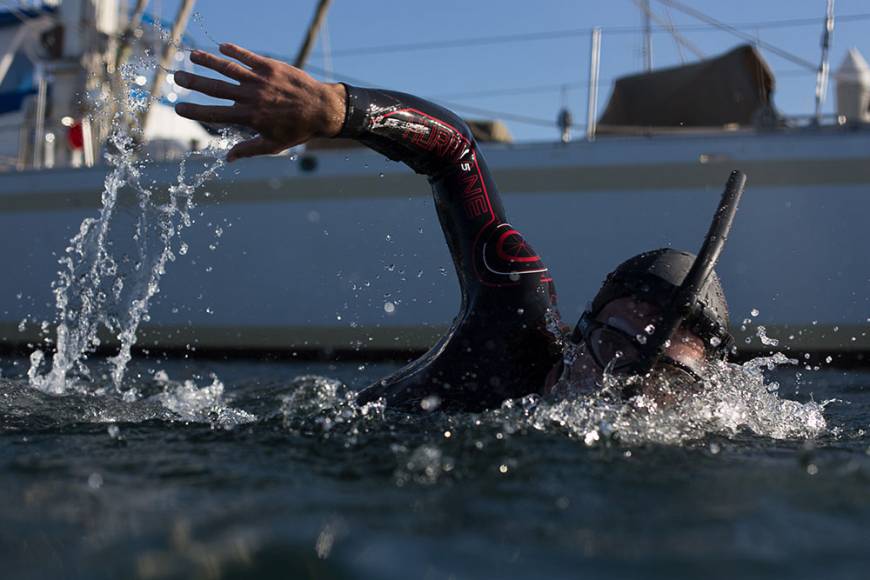 Long distance swimmer Ben Lecomte set off from Japan’s east coast on Tuesday in his bid to become the first person to swim across the Pacific Ocean.

Lecomte’s two children Max and Anna swam out with him for a few hundred metres before leaving the 50-year-old Frenchman to continue the task of crossing the world’s largest expanse of water.

Lecomte, who swam across the Atlantic Ocean in 1998, will hope to next see his children in San Francisco after a journey of 9,100km, which is expected to take more than six months.

Lecomte told Reuters last week that his plan was to swim for eight hours, and consume over 8,000 calories, each day.

More than 27 different scientific organisations, some medical and some oceanographic, will be benefiting from the data gathered during the expedition by Lecomte’s support team.

Much of the research will focus on plastic pollution in the Pacific Ocean, specifically the build-up of ‘plastic smog’ containing billions of pieces of microplastic.

Lecomte, whose departure took place on World Environment Day, has said he is concerned about the effect of pervasive plastic pollution on marine ecosystems.

Lecomte’s progress can be followed through a live tracker on the Seeker.com