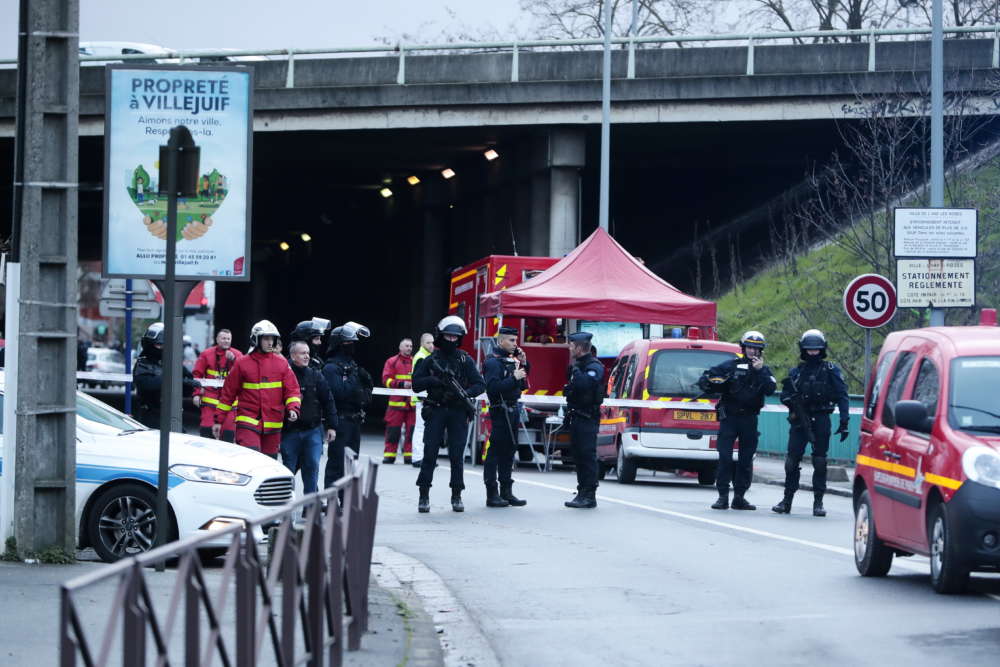 French police shot dead a man near Paris on Friday after he went on the rampage with a knife in a park, killing one person and wounding two more, a prosecutor said.

The attack happened in the town of Villejuif, about 8 km south of central Paris. Police cordoned off the area around the park, and the deputy head of the French interior ministry was at the scene.

The two injured victims are being treated in nearby hospitals, Laure Beccuau, the prosecutor whose office is handling the case, told reporters. She said witnesses were being interviewed to establish what happened. She declined to disclose details about the attacker.

In the past four years, the French capital has been rocked by major attacks resulting in mass casualties.

In October last year, four people were stabbed to death at the Paris police headquarters by Mickael Harpon, an IT specialist working for the police. Prosecutors said that attacker, who was shot dead by police, had come under the sway of radical Islamists.

Coordinated bombings and shootings by Islamist militants in November 2015 at the Bataclan theatre and other locations around Paris killed 130 people in the deadliest attacks in France since World War Two.

By In Cyprus
Previous articleCDP invites AKEL to visit Greek and Turkish political parties
Next articleSki-and-beach holiday? Everything is possible in Cyprus!