French police recapture “jailbreak king” after months on the run 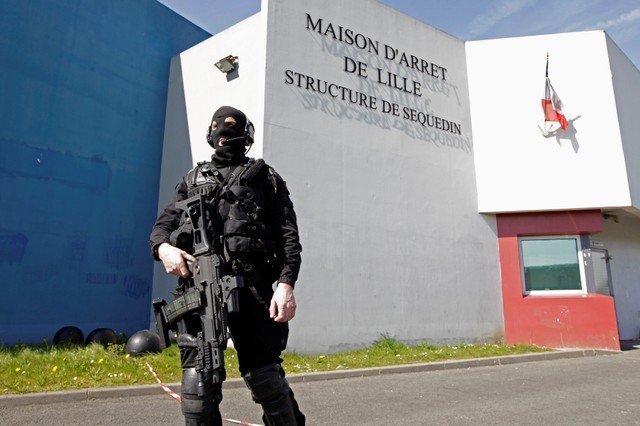 A gangster who escaped from a French prison by helicopter with the help of an armed commando team was captured by police in a tower-block apartment early on Wednesday, ending another chapter in the life of a criminal known as the “jailbreak king”.

Redoine Faid, who has said his life of crime was inspired by Hollywood movies like Scarface and Reservoir Dogs, escaped in July from a high-security prison where he was serving 25 years for a heist in which a policewoman was killed.

He was arrested as he slept at an apartment in Creil, the area where he grew up, an hour’s drive north of Paris.

About 50 officers, some of them elite troops, took part in the pre-dawn raid, in which they also arrested a brother of Faid, two other men and a woman, police sources said. Guns were found at the premises, they added.

Video footage from the scene, obtained by Reuters, showed the inside of a grim fourth-floor apartment.

Faid, 46, became a notorious semi-celebrity after penning a tell-all book about his colourful life, describing how he was born into crime in high-rise housing estates of the kind that sprang up around Paris in the 1960s and 1970s.

The book came out in 2010, shortly after his release from jail for a previous hold-up conviction. Within months he was arrested again over an attack on a cash-transport truck that lead to the death of a young policewoman.

Faid’s notoriety made him almost a household name when he subsequently took four prison wardens hostage and dynamited his way out of a jail in northern France in 2013. He spent six weeks on the run before he was tracked down and put back behind bars.

His latest break-out, in which armed men landed in a hijacked helicopter in a prison courtyard to free him from an adjacent visitor room and then fly him out, prompted a political debate over security in France, where wardens went on strike last year over safety standards.

After his July escape, one rumour that was never substantiated suggested he had fled to Israel.

He had spoken in the past of having spent years on the run in Switzerland and Israel, where he claimed to have disguised himself as an Orthodox Jew and learnt Hebrew

By In Cyprus
Previous articleEnd divisions or put Brexit at risk, ‘dancing’ May tells party (video)
Next articleCyprus to fund hospital construction in fire-ridden Greece