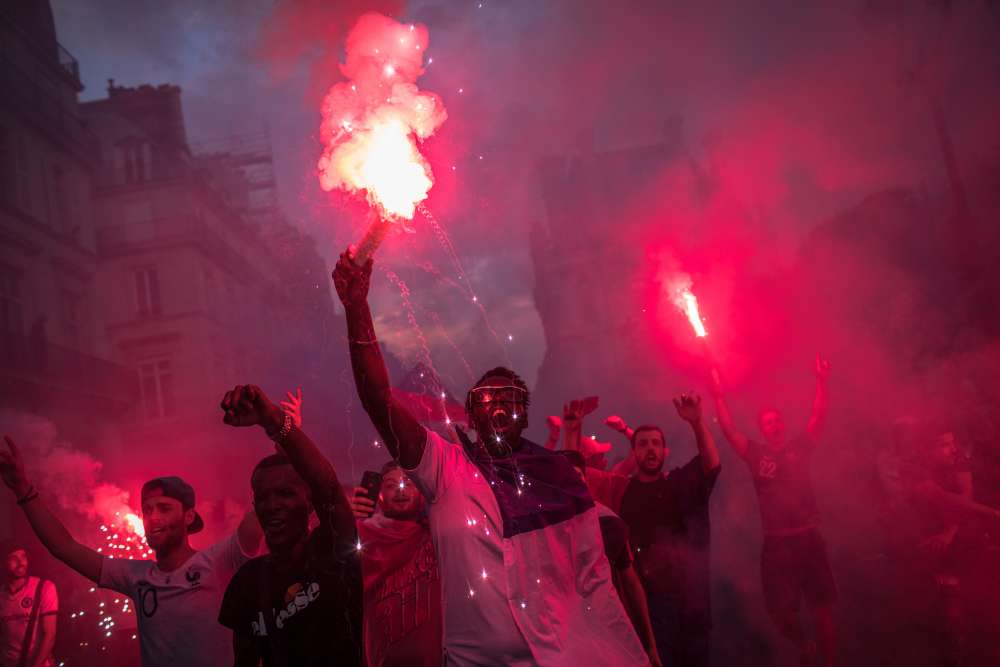 French police fired tear gas and dispersed crowds from the Champs Elysees late on Sunday after clashes with a small group of unruly fans threatened to spoil celebrations of France‘s World Cup win over Croatia in Moscow.

Millions of French fans had taken to the streets in joy after the final whistle with thousands gathering along the iconic avenue in the French capital.

But as the evening wore on, a small number of fans clashed with police, damaging some businesses and properties along the Champs Elysees.

Some threw stones and other projectiles at riot police who responded with teargas.

A decision was made by security officials to disperse the crowd, BFM TV said. It said minor crowdtrouble was also reported in the city of Lyon.

France had mobilised around 110,000 security staff for the Bastille Day festivities on Saturday and World Cup soccer final on Sunday.