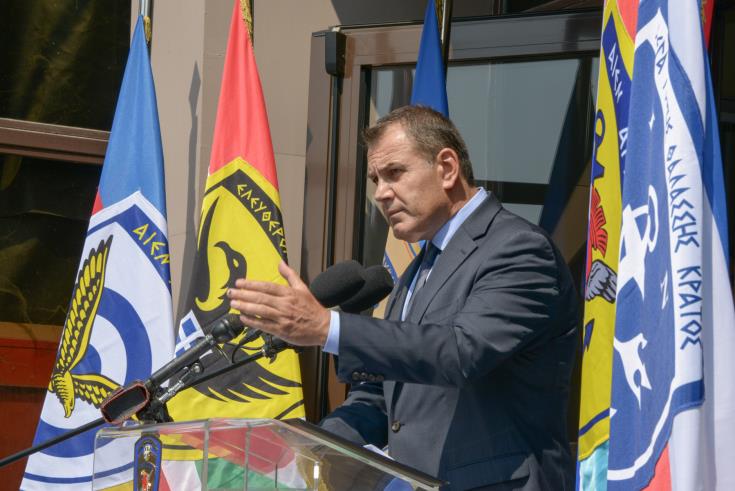 In an interview with the Greek TV channel “SKAI”, Minister Panagiotopoulos said that his French counterpart Florence Parly informed him that France has already sent a frigate, which is expected to arrive shortly in Block 7 of the Cyprus’ EEZ. They also discussed the possibility of Italy sending a frigate too.

“French and Italian companies have been granted license for exploratory drillings in Block 7”, underlined Panagiotopoulos, while adding that Europe must protect its “red lines”, which are being violated by Turkey.

“I am not suggesting that we should go to war […]. I am just saying that Europe must show somehow that it cannot tolerate this behavior, that there are certain red lines. The frigates, sent by France and Italy to Block 7, is a first step. We must wait and see what kind of deterrence this move will have”, Greek Defence Minister said.

By In Cyprus
Previous articleDoctor fined €14,000 for revealing personal data of patient on Instagram
Next articlePresident Anastasiades to visit the Holy See in the next few weeks