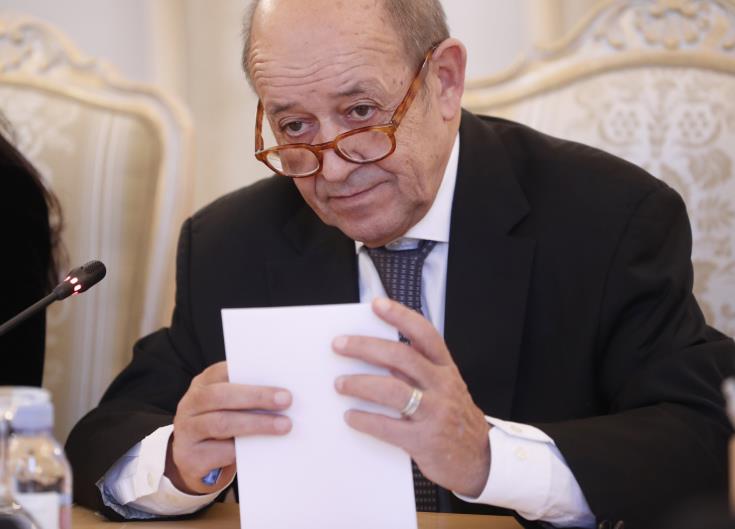 French Foreign Minister Jean-Yves Le Drian will pay a working visit to Cyprus on Friday, during which he will be received by the President Nicos Anastasiades, and will hold talks with Foreign Minister Nicos Christodoulides.

CNA has learned that during his one-day visit, Le Drian will also visit the Green Line in Nicosia and will hold meetings with the UN Secretary General’s Special Representative, in Cyprus, Elizabeth Spehar, and the Committee on Missing Persons in Cyprus (CMP) members.

Moreover, Le Drian will decorate former Foreign Minister Ioannis Kasoulides with the Order of the Legion of Honour (Officer) which is the highest decoration in France, during an event that will take place at the residence of the French Ambassador to Cyprus, Rene Troccaz.

By In Cyprus
Previous articleTemps start to edge down, storms possible later in week
Next articleErdogan has limited options to save Turkey from financial crisis