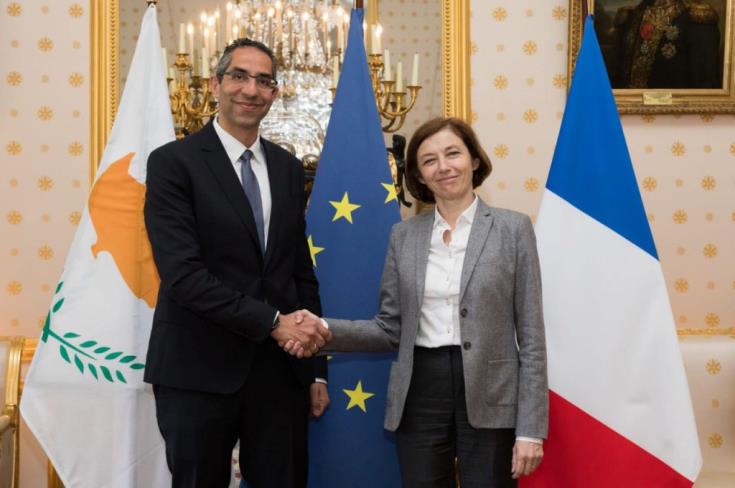 Parly met in Paris with her Cypriot counterpart Savvas Angelides, who briefed her on the recent Turkish actions  with regard the entry of the Turkish drillship “Fatih” in the Cypriot EEZ for illegal hydrocarbon exploration activities.

According to a press release issued by the Press and Information Office, during their meeting, Angelides and Parly also discussed the possible response to the Turkish actions in the context of the European Union.

“The French Minister reaffirmed France’s strong support to Cyprus and condemned Turkey’s actions, which violate the international law, the law of the sea and Cyprus’ sovereign rights in its EEZ,” the press release adds.