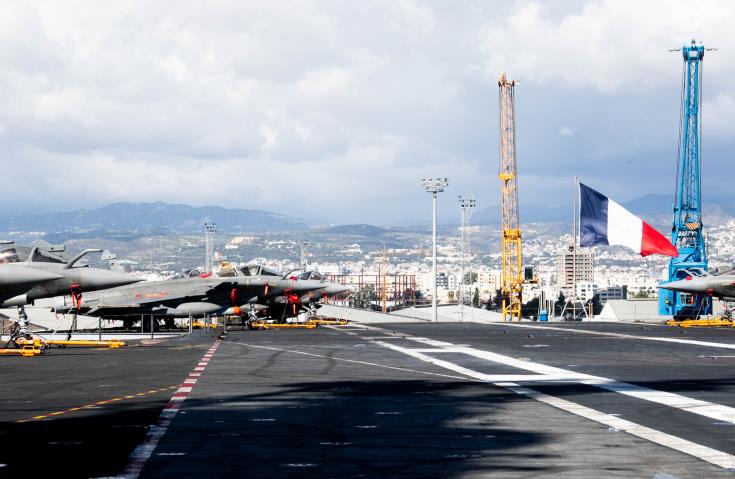 French aircraft carrier Charles de Gaulle docked in Limassol port on Monday. The Defence Ministry in an announcement pointed out that the presence of the aircraft highlights the special bongs and the excellent level of cooperation between Cyprus and France.

The Ministry said that early in the morning, the ship “Ioannides“ of the National Guard departed from the Mari Naval Base and along with a Naval Task Force escorted Charles de Gaulle to the port.

The National Guard and the French Navy will conduct exercises in the Eastern Mediterranean  in the next days, the Ministry said.

By gavriella
Previous article“ACROBAT ABOVE THE DOME” and “INTERLACED” by Goethe Institute
Next articleHow will Cyprus Beat the Covid-19 Recession? Webinar on May 13