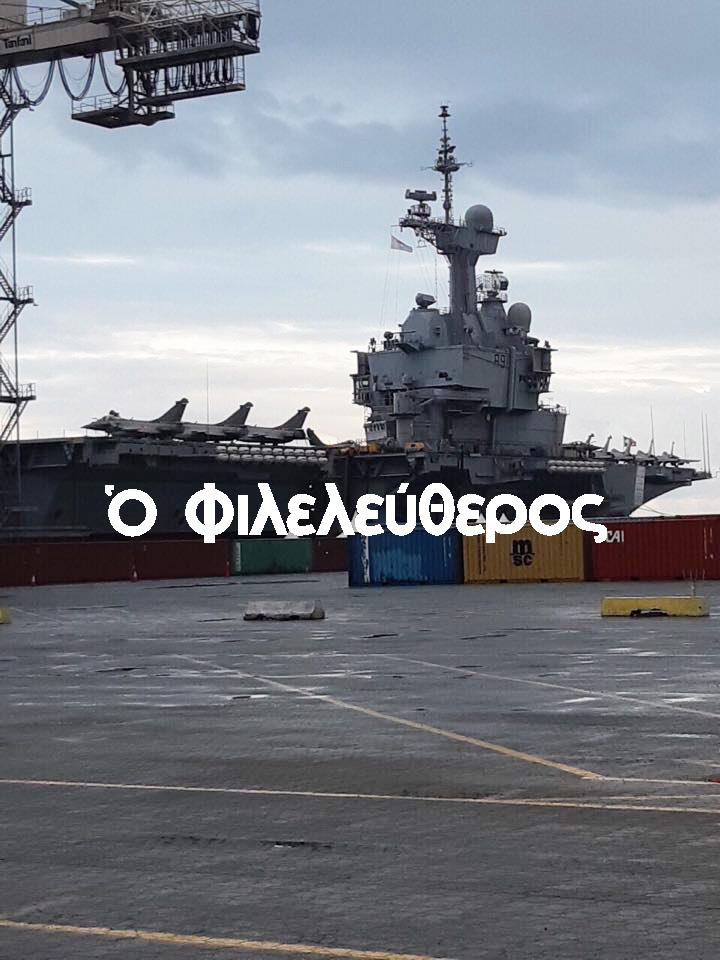 Charles De Gaulle, the French aircraft carrier, is docked at Limassol port together with three other warships from the UK, the Netherlands and France.

All vessels are in the Mediterranean to participate in drills and docked at Limassol port to replenish their supplies and provide a rest to their personnel.

French aircraft, which are taking part in an aeronautical exercise within Nicosia FIR, take off from Charles De Gaulle, which intends to stay in the area for some time.

Cyprus has granted facilities to the French Navy for exercises in the wider region around the island.

In the recent past, French experts have visited the naval base in Mari to examine the area, given that this area seems to have been selected for the construction of a naval base, according to the Greek language daily Phileleftheros. Installations, the depth of the sea in Mari, and other facilities have all been studied thoroughly.

Nicosia has made it clear that Paris is not going to be afforded a sovereign base but the use of Cyprus’ infrastructure on a permanent basis.