France’s unions take pensions battle back onto the streets 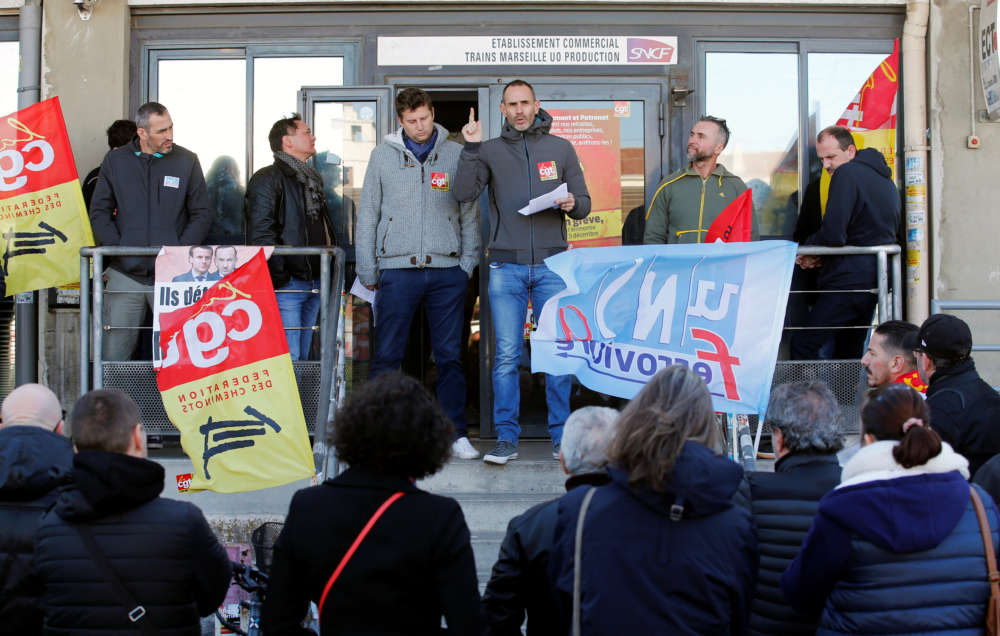 French unions called on Tuesday for public workers to stage one of the biggest protests in decades, hoping to exceed the 800,000 people they brought into the streets last week in an uprising against President Emmanuel Macron’s pension reforms.

The unions show no sign of backing down in a battle that will define the presidency of the former investment banker, who is determined to simplify a system of more than 40 pension plans that provide some of the world’s most generous benefits.

The unions are calling on rail workers, doctors, teachers and other public workers to turn the screws on Macron before his government unveils its proposals on Wednesday.

The strike is among the biggest since 1995 when prime minister Alain Juppe was forced to abandon an overhaul of the pension system after weeks of industrial action, a defeat from which he never recovered.

“They cannot tell us how the system will be fairer, more simple,” Yves Veyrier, leader of the hard-left Force Ouvriere union told Sud Radio.

Macron wants to replace the convoluted system comprised of more than 40 separate plans, each with varying benefits, with a single, points-based system under which for each euro contributed, every pensioner has equal rights.

Macron is aware of the public opposition to simply raising the retirement age of 62. One alternative is to curb benefits for those who stop working before 64 and give a boost to those who leave later.

Room for concessions may lie in the pace at which the changes are phased in.

The outcome will hinge on who blinks first – the unions who risk losing public support if the disruption goes on too long, or the president whose two-and-a-half years in office have been rocked by waves of social unrest.

Some on the streets of Paris fear a protracted fight that runs up to Christmas.

“The government won’t bend, nor will the unions,” said Caroline Chirra, 56, who managed to catch a commuter train into Paris but faced an hour’s walk crossing the capital. “So this could last a while.”